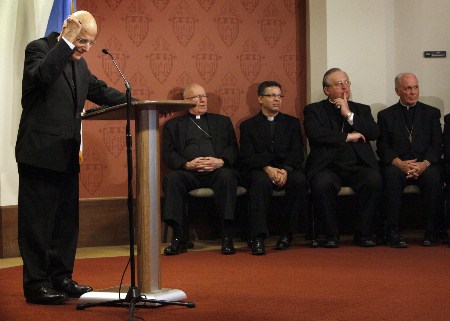 Following Archbishop-designate Blase Cupich’s remarks at the Sept. 20 press conference announcing his appointment as the ninth archbishop of Chicago, Cardinal Francis George told the media he is grateful to the Holy Father for accepting his resignation and is relieved.

I’ve been a bishop for many years and before that I was a religious superior. And in a sense, in those jobs, as you can imagine, you are hostage to what hundreds even thousands of people do over which you have no control,” he said. Every morning he would check the news to find out what happened that he was accountable for. “I have to confess, it will be a relief not to read the paper with that vision in mind but just to get information.”

To read the rest of the story CLICK HERE