The 6th member of our community arrived on the 20th of August: Fr. Bonga MAJOLA, a young Oblate from South Africa. We can say that 2014 has actually been the starting year of the EMIC. Since 2012 the year in which this new community was founded, we have been living in a temporary situation with the renovations of the property that were not fully completed and a lot of uncertainties about the members of the community: Having to change the Superior because of family problems; the arrival and departure, after 40 days, of Fr. ASODO having to reapply for the right visa, etc. We hope that the arrival of Bonga will put an end to this instability of the foundation of our community. 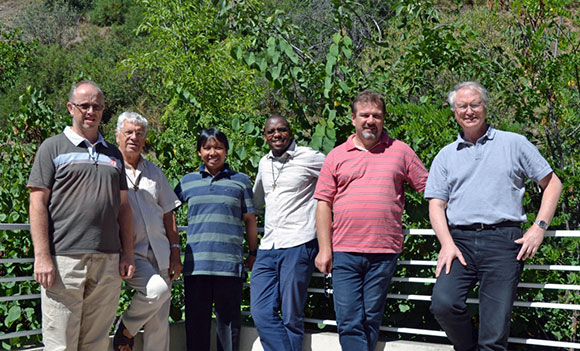 In spite of these initial difficulties, already a number of activities have been initiated. At the end of January we had a very powerful and special time in Rome, with the members of the General Administration, during which we shared our joys and concerns. We also spent time preparing the essentials for the bicentennial of the foundation of the Congregation.

Most of the renovation of the house was completed in February shortly before the beginning of the session on the Oblate Charism in view of the bicentenary preparation for the Congregation (25 January 1816). And this session became a totally new beginning, marked with a week’s pilgrimage on the footsteps of St. Eugene, by an Oblate group from Belgium and Netherlands. Shortly after this was a two month “Mazenod Experience” in Spanish, which was followed by a pilgrimage of the Oblates and lay people of the Anglo-Irish Province. In July, the Provincial Council of Poland came for a retreat and pilgrimage. This was immediately followed by a three week session for those who work in the Oblate pre-novitiates. In August we had a three week session for the European Scholastics in preparation for Perpetual Oblation. Currently there is another Mazenod Experience in English and a number of other meetings are already on our programme. 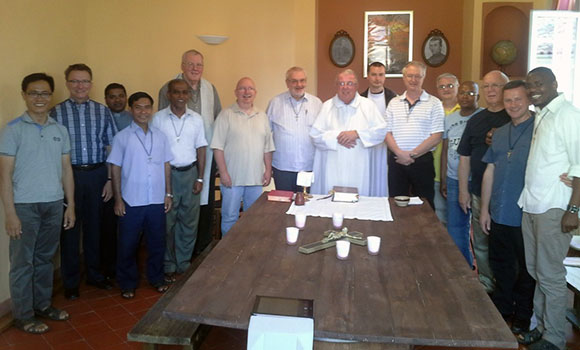 The “Mazenod Experience” session is being animated by Richard SUDLIK from the United States Province, Joseph LABELLE from the Aix community, and John O’DOHERTY from the Australian Province. The participants come from 8 Oblate Units: Wolfgang BOEMER from the Province of Central Europe, Tshidiso MOLEKO from the Central Province of South Africa, Adam FILAS from the Assumption Province in Canada, John MALAZDREWICH, Douglas JEFFREY and Daniel SZWARC from the Lacombe Province in Canada, Tony RIGOLI and Paul NOURIE from the United States Province, Marius NIMAL and Ruwan PRASANNA from the Colombo Province of Sri Lanka, Dango SOMOR from the Bangladesh Delegation, Eko SAKTIO and Andri ATMAKA from the Indonesian Province and Bonga MAJOLA from the Aix community.
(http://www.centremazenod.org)