Originally Published in the Catholic New World, the Newspaper of the Archdiocese of Chicago 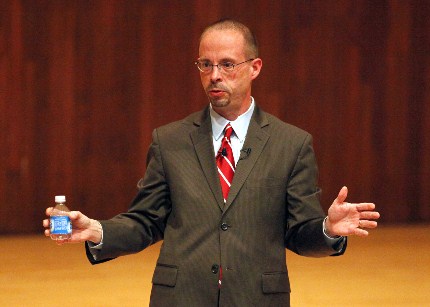 John L. Allen Jr. is perhaps the most respected American journalist covering the Vatican and worldwide Catholic Church today. He is associate editor at the Boston Globe, where his writing is featured almost daily at www.cruxnow.com, the newspaper’s new site providing coverage of all things Catholic. He also serves as senior Vatican analyst for CNN, and was for 16 years a correspondent for the National Catholic Reporter. He’s the author of nine books on the Vatican and Catholic affairs, and is also a popular speaker on Catholic affairs both in the United States and internationally.

On Oct. 4, Allen gave a retreat in Glen Ellyn for Mayslake Ministries and took time out for an interview with editor Joyce Duriga.