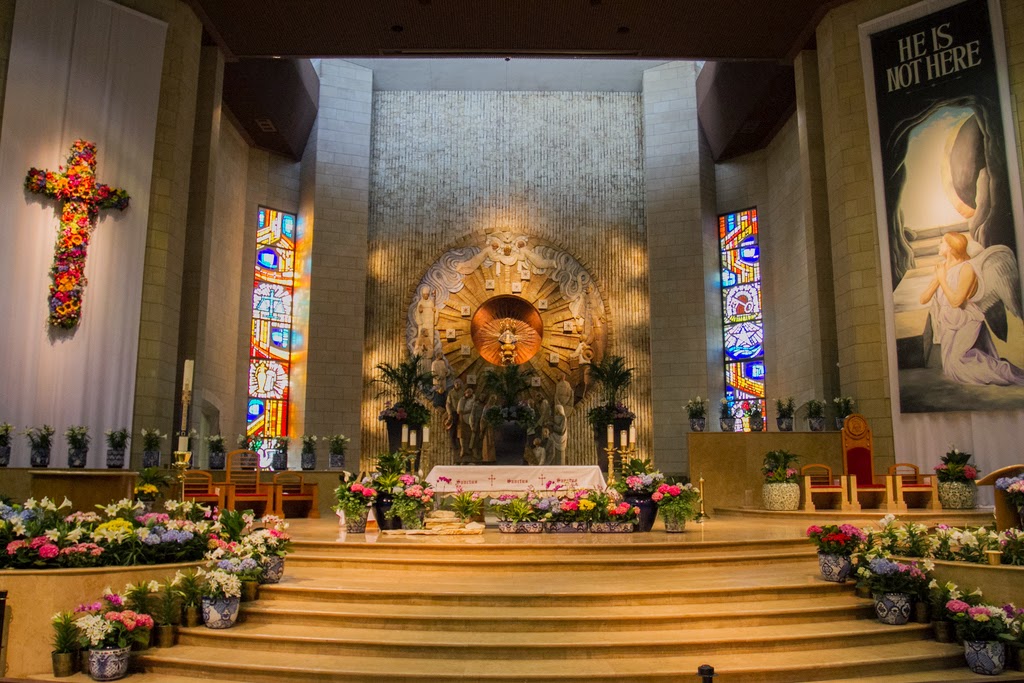 The City of San Juan, Mexican Consulate, IMAS (museum) and Lady of San Juan del Valle National Basilica will be have a special event honoring Fr. Jose Maria Azpiazu,OMI through sand art, a traditional art for from Oaxaca, MX. The Ceremony will be held on Nov. 1st at the Basilica to commemorate Dia de Los Muertos, last year’s event drew over 15,000 people.

On October 23, 1970, a pilot flew his plane directly into the Shrine destroying it completely, except for the tower which still stands. No one at the time of the fire was hurt. And very significant for the pilgrims was the fact that the statue of la Virgen was rescued from the flames completely intact. For the next ten years, the pilgrims continued coming to venerate the Virgen de San Juan del Valle whose statue was temporarily located in the Parish cafeteria awaiting the building of the new Shrine.

The dream of a new Shrine, spacious and modern which responded to the needs of the pilgrim, was made a reality on April 19, 1980. This new Virgen de San Juan del Valle Shrine could now seat over 1,800 people. The dedication on the Way of the Cross took place on October 16, 1993. These 14 stations are depicted by 30 life-size bronze statues are placed along a 3/4 mile path. On February 2, 1995 the exterior wall of the Shrine was blest with the dedication of its majestic mural titled “Jesus Presents his Mother.” The Shrine was designated a National Shrine on March 24, 1998 and on June 12, 1999 it was designated and honored as a Basilica which gives it its present name of “Basilica of Our Lady of San Juan del Valle – National Shrine.” Today the Basilica’s pastoral staff invites you to have a religious experience here at your Basilica of Our Lady of San Juan del Valle.