On Dec. 24, 1939, eight Catholic African-Americans gathered in Mack’s Barbershop, Fayetteville, NC, for their first Mass together. Newly ordained Fr. William Ryan OMI was the celebrant. The rest is history. 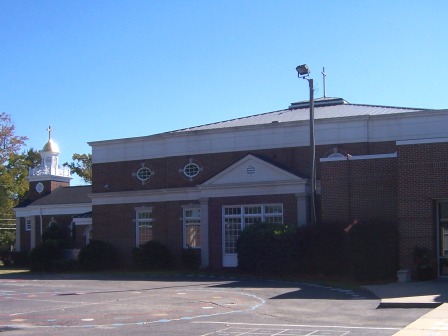 Unable to worship openly with white Catholics in the other Catholic church in Fayetteville, the black Catholics wanted an integrated church where all are welcome. On Oct. 26, 2014, the one remaining black Catholic of the original group joined the bishop of Raleigh, NC Diocese, Michael Burbidge, and over 400 Catholics from many races to continue the Golden Anniversary Year and Rededication.

From the barbershop, they built a small church on N. Cool Spring Street, close to the downtown area of the city (which includes the former slave market). They soon built the first integrated grade school in the state, and then a large Social Hall, which accommodated the major Sunday Mass. The Korean Catholic Community of Fayetteville was formally welcomed as part of the parish in 1992. In 2003, a larger church was dedicated, incorporating the small original church and joining it to the Social Hall. An addition was built to the school. Obtaining grant money from the city and other sources, an outreach program, St. Ann’s Neighborhood Youth Center, began in the late 1990’s to the local public housing project. Vans pick up students from the neighboring public schools and bring them to St. Ann’s School for a meal and instruction and recreation. 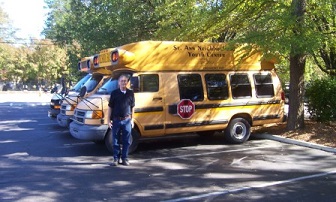 Faced with diminishing numbers of Oblates of Mary Immaculate and the growth of the parish, the Oblates turned the parish over to the diocese in 1994. After three diocesan pastors, the Oblates of St. Francis de Sales now continue the African American ministry begun in 1939. The parish has a very informative website: www.stanncatholicchurch.org.; see also Harry E. Winter, “Multicultural Parishes,” America, Jan. 27, 1996, pp. 8-10. 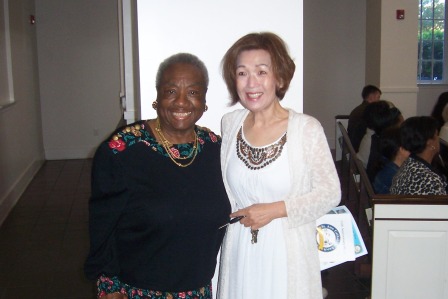 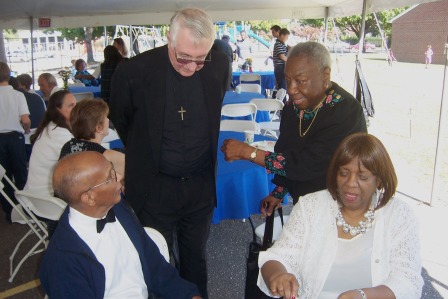 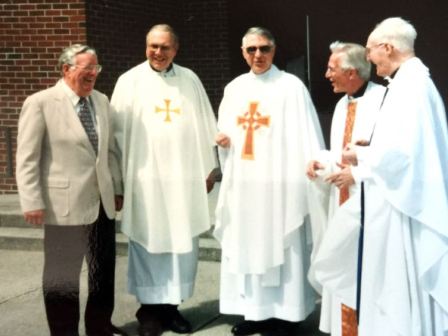