Henri Leconte left for Brazil 15 years ago. Now 81 years old, strong of foot and eye, his enthusiasm remains intact. Passing through Paris, he spoke about the Brazilian Oblate reality and about his current situation…

What is your own situation these days?

I am in a formation community in Belém, with some young men who are thinking of becoming Oblates. I am there to accompany them, as a witness of the mission.

And what do the Oblates do in Brazil?

There are 52 of us, of whom half are Brazilians. Many are in parishes, but at the same time, a good number of us are engaged in social action ministry.

And you? I have heard it said that you are involved with the Indians…

It’s something I discovered in the parish: the Indian origin of some families, even if they do not want to admit it! In a very mixed Brazilian society, there is a rejection, let’s even say a shame, of Indian origins. So when I left the parish 6 years ago, I contacted the Indigenous Missionary Center, CIMI, an organization that depends on the Conference of Religious, and which works with the Indians. Since then, I make regular visits to Indian villages located more than 500 km from Belém. The hardest part, of course, is traveling by coach on very bad roads! But the longer it continues, the more comfortable I am. It’s a question of getting to know their lives: their way of thinking, listening to them … Very often I say almost nothing. I am becoming accustomed to their way of doing things, their sleeping, their eating. I spend my time visiting, knowing that we discover things that surprise us. 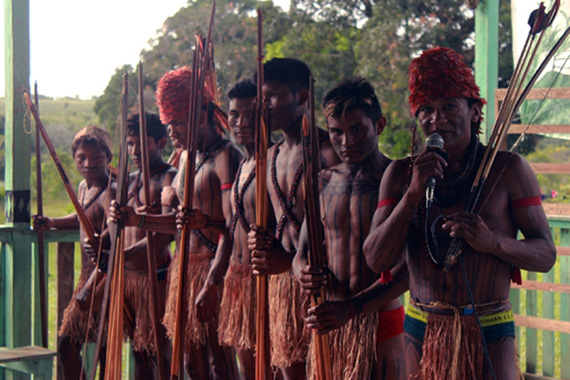 Do they speak Brazilian?

Yes! But at the same time they are reconnecting with their own culture. I remember taking part in a religious festival over several days. I was not sure if they were okay with that. On the third day, the son of the shaman said, “Thank you, Father, for coming. This is the first time a Catholic priest has participated in this celebration from beginning to end.”

How would you characterize the missionary challenge with the Indians?

Clearly, the problem is their shame at having Indian ancestors! It is a denial, a stigma in every family, and that’s because there is a European-African-American cultural mix. Finally, the slaves were better integrated than the Indians. 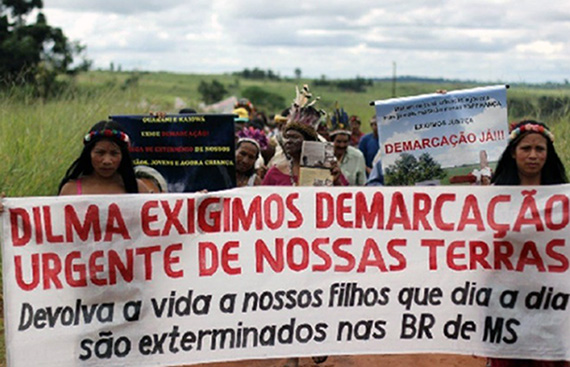 How does the CIMI function?

At CIMI, our policy is to help the Indians to remain on their land because even if they become inculturated into Brazilian society, they want to keep their uniqueness. We, the Catholic Church, must go all the way. In terms of religion, the Bible, everything begins in the Promised Land: the people would live, only if they found their land, the land that flowed with milk and honey. Why do we not focus more on this to pass on the message of our faith? When I read a gospel, I like to make up parables about the land, about fishing, in order to enter into a greater harmony with Indian reality. (OMI France October 2014)