When Roman scholastic Raymond BOURGOIN (a member of the former St. Jean Baptiste Province in the United States) was finishing his Licentiate in Philosophy at the Angelicum in 1961, something new was happening in Oblate formation. “First world” scholastics were being invited to go to finish their studies in a new culture where they might serve as missionaries after ordination. After his final vows with his classmates in Roviano, Italy, Ray left for Tokyo where he would immerse himself in the Japanese language and study theology in preparation for his 1966 ordination. In the November issue of the “News Notes” of Bro. Augustin COTÉ, Father Ray gives an update on his ministry 53 years after leaving Rome. 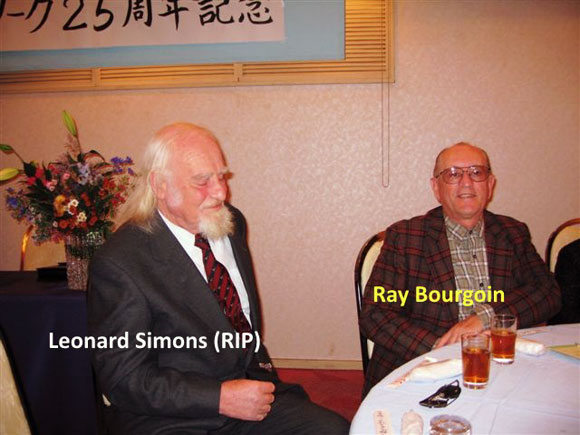 Thanks for the latest update. Looking at the list of some of the men now stationed in Tewksbury, I see mostly guys I knew in Bucksport or Bar Harbor and even Rome, either as teachers or classmates or schoolmates! Wow!

You ask for an update of my experiences here. Every evening I feel like that day was like the day before! Nothing new under the sun! I’m still the delegation treasurer for another 2 years after which a younger man will take over. I’m slowly acquainting him with what has to be done as treasurer and he already feels the enormity of the job, though he had graduated in economics before entering the OMI. He’s still 40 and already has 2 full-time jobs, which he likes very much: head of our largest kindergarten and curate in a parish. So I told him that if he needs me as an assistant to do the odd jobs which are once or twice a year, I’d be willing to take some weight off his shoulders. He seemed pleased to hear that.

I am also a member of the Team Ministry, that is, 5 of us all live in the same house, and rotate for the care of 5 parishes in the same Prefecture (State). We work as a team to cover each other, etc. In the city of Kochi there are 2 parishes. Three hours to the west of here, there is another parish and to the east, there are 2 parishes, one is a little over an hour and the other a little over 2 hours away. Of course that’s for me, since I stopped driving over 3 years ago and travel by train. Those who drive cut about 15 minutes to a half hour from the time. 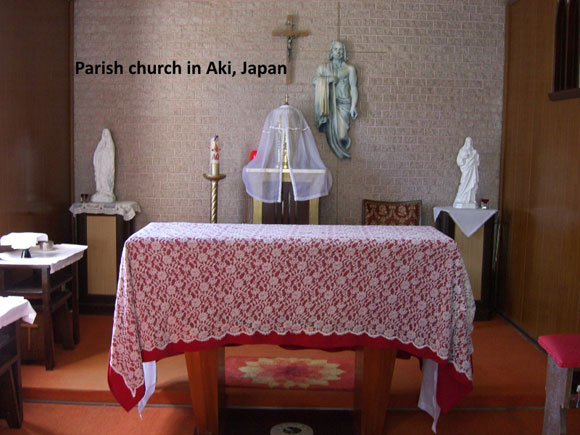 I serve as head of our Volunteer Bureau, which finds people to help in social welfare works. Three times a year, it goes to various high schools to teach students how to handle a wheelchair when helping disabled people. One of the things, for example, is how to bring people upstairs with a wheelchair … when there is no elevator, of course. We also print material that disabled people need for their endeavors.

In one of our parishes, we have a home for DV (Domestic Violence) patients. It ran for over 20 years after the priest who started it began this work. At the time, such DV homes didn’t exist in all of Japan, so his was the first one. Patients came from all over Japan at that time. When he died, it took almost 5 years to get it in condition to receive other DV housewives. But now, many such homes thrive throughout Japan and there seems to be no need of the one we have, as others have better quarters. However, we still have the building, and I as leader, with 8 others on the board, will be meeting to see what other social works we could use it for. Some suggest that we make it a DV place for husbands who are battered. Others suggest a place for foreigners who work in Japan and who need housing and maybe an hour a day of language studies. These are mostly from the Philippines, but other countries are involved. They don’t know whom to turn to when they have problems, legal or otherwise.