A good number of persons were on hand for the statue’s dedication: Holy Family Sisters, parishioners of all ages from the Wennappuwa parish and several Oblates. The preaching community’s superior, Fr. Sarath PERERA, and Fr. Gamini SILVA, a scripture professor, spoke about the Founder and his significance in the history of the Church.

After a short prayer service, the provincial of the Oblate’s Colombo Province, Fr. Rohan SILVA, unveiled and blessed the statue. He invited those present to especially pray for unity of families. 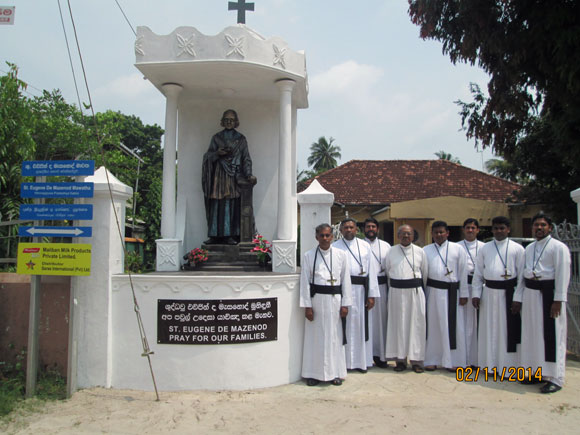 Within the Nazareth property, there is also a new Marian Grotto, a replica of the grotto at Lourdes. Oblate Bishop Norbert ANDRADI of Anurudhapura blessed the new site of Marian devotion. (Fr. S. Randil FERNANDO)