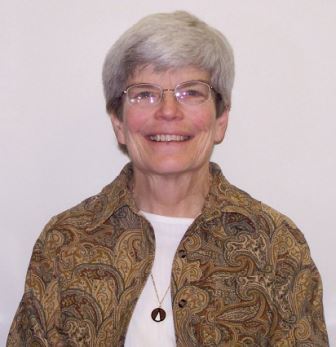 Sister Sarah Ann Sharkey, OP, Professor of Sacred Scripture at Oblate School of Theology and holder of the School’s Father Frank Montalbano Chair in Sacred Scripture, the first endowed chair in OST’s history, has retired and has been named Professor Emerita after 19 years of stellar teaching at OST. She expects to remain in San Antonio until March, when she will move to the Dominican Motherhouse in Adrian, Mich.

Noting her love for cats, Father Stephen Sherwood, CMF, said he looked for references to cats in Scripture. The audience roared with laughter as he said, “There aren’t nearly as many cats as we thought.”

OST President Father Ron Rolheiser, OMI, told the audience that when he arrived at OST in 2005, he didn’t know any of the faculty, but he soon learned that Sarah was exceptional, especially in her Continuing Education lectures. “Every time Sarah had an institute, we had to run it two days in a row because we couldn’t get all the people in the first day,” he said. One of the most positive comments by the bishops who conducted the Vatican seminary visitation at OST was, “Sister Sarah Sharkey conducts excellent workshops for priests and bishops,” he recalled, adding, “That’s about the highest praise you can get.”

He noted that when great professional athletes retire, they are eligible for the Hall of Fame after five years, and in special cases the five-year rule can be waived “like a canonization:  ‘Santo subito.’” The audience applauded 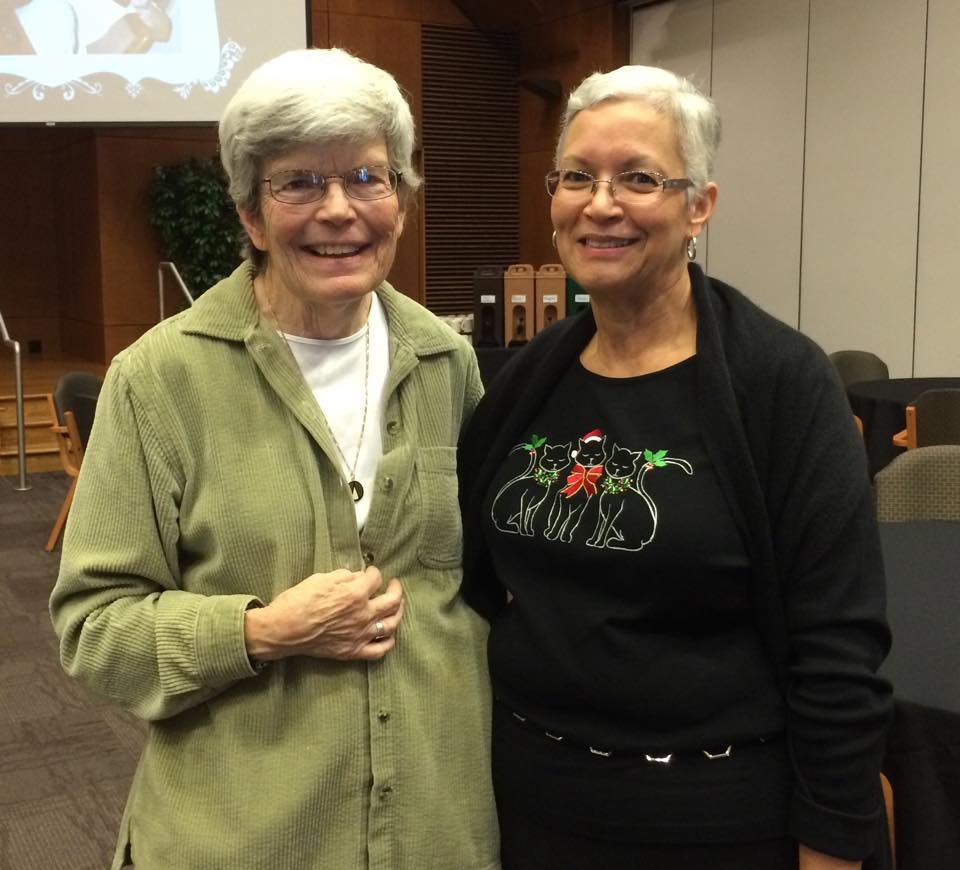 warmly as he said, “If there were a hall of fame for this school, Sarah, you would go in on the first ballot and you wouldn’t have to wait five years. You’ve been a great professor and you’ve    taught as effectively, as deeply and as clearly as anybody who’s ever taught here; and beyond being a great teacher, I’m sure that all the faculty would agree, you’ve been a great colleague and a great friend of OST.”

A faculty member at OST since 1995, Sister Sarah became the first professor appointed to the Father Frank Montalbano Chair in Sacred Scripture when it was inaugurated in 2009. Father Ron  observed at the time that “when an institution inaugurates a new teaching chair, it normally looks beyond its own faculty roster to find a ‘big name’ to appoint to it. We deliberately didn’t, because our ‘big name’ was already inside the School.”

Dr. Scott Woodward, Vice President for Academic Affairs and Dean, presented Sister Sarah with a large album full of pictures and personal tributes from administrators, faculty, students and staff. He also presented her with a portrait of St. Eugene De Mazenod by G.E. Mullan. The last gift he presented was a large quilt covered with images of cats, and Director of Food Services Jennifer Mattingsley baked cat-shaped cookies.

“We heard you’re planning to move to some cold northern clime where perhaps God didn’t intend humans to exist. So we got you something to keep you warm, and you might want to open it and see. There may be a surprise inside.“ Woodward noted, “the talk about three-dog nights, meaning that it takes three dogs to keep you warm. Maybe in Adrian, it’ll be three-cat nights.  The surprise was the pattern of cats all over the quilt. “What a precious gift!” the honoree exclaimed.

“My heart is filled with gratitude,” Sister Sarah told the audience. “For every one of my 19 years here, and for every person I’ve met here – each one of you. As I have sat back in these last weeks and thought about it, each of you has incredibly enriched my life, directly or indirectly,” she said. “For the gift – and I count it as gift – of watching so many sincere and committed women and men prepare for and move into fruitful, precious ministry for the church ad our suffering world, my heart is filled with gratitude. For the precious opportunity to study, to pray with, to teach, and to be formed and reformed by God’s word, over and over again, my heart is filled with gratitude. I assure you I take each of you with me with enormous  thanks to our God, who has enriched me beyond words.”