A sandal, a candle, a petal, a chrysalis, an Oblate cross, a sign saying God is faithful, an autumn leaf and branch, and a clock. These symbols captured the experience of the participants of the General Committee of Oblate Brothers. The meeting held at the General House on 1-5 December 2014 was attended by the Brothers representing the various Regions of the Congregation as well as the members of the Mission Committee of the Central Government. The participants were: Brothers Jean-Marie DIAKANOU (Cameroun, Region of Africa-Madagascar); Noel GARCIA (Philippines, Region of Asia-Oceania); Rafal DABKOWSKI (Poland, Region of Europe); and Thomas NOVAK (OMI Lacombe, Region of Canada-United States). Bro. Ivar RUÍZ (Bolivia, Region of Latin America) was unable to attend due to a visa problem. From the Central Government, there were: Fathers Gilberto PIÑÓN Gaytán, Assistant General, and head of the Internal Mission Committee and General Councillors Luis Ignacio ROIS (Region of Europe) and Miguel FRITZ (Region of Latin America). 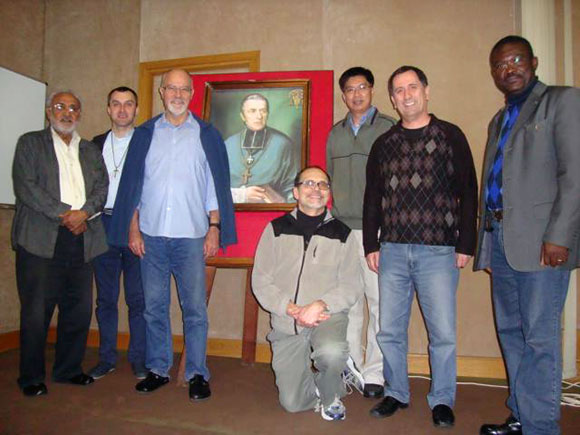 The first day opened with prayer led by Fr. Miguel Fritz at the Founder’s chapel. This was followed by a welcome from the Superior General, Fr. Louis LOUGEN. Fr. Gilberto walked us though the agenda of the meeting. With Fr. Miguel, we shared our hopes and fears and expectations from this meeting. This was followed by an introduction and sharing of experiences by the Brothers and the sharing of their experiences with the Brothers by Frs. Gilberto, Luis Ignacio and Miguel. 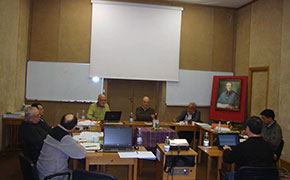 The Committee worked on various documents to ensure a greater participation of the Brothers in the different services and activities of the Congregation. They also discussed the promotion of the Brother’s vocation as well as the formation of Brothers in the different Regions of the Congregation. The committee reviewed and discussed the Statutes of the Permanent Committee for Oblate Brothers. They studied how the Brothers could participate in the General Services, like JPIC ministry and “Oblatio”; they also spoke of greater participation in the Oblate Triennium and the organization of workshops to promote Oblate fraternity. 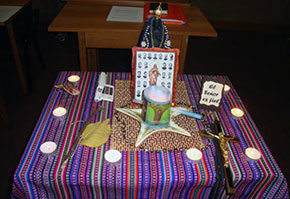 We have made recommendations to the Superior General for decisions so that what we had envisioned for the Brothers would not just be a dream but a reality.

The meeting was not just about recommendations. We experienced Oblate fraternity; we shared our thoughts; we had discussions and clarifications and even moments of confusion. There was time for laughter, for prayer and Eucharist, and there were fraternal gatherings with the Oblate communities at the General House and the International Scholasticate. (Noel Garcia )