Written by Kate Berry and Originally Published on American Banker 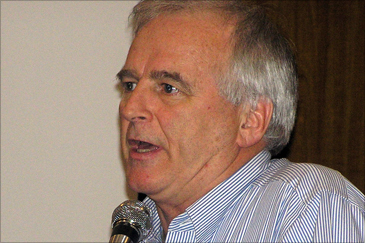 Religious groups may have fallen short in their bid to compel JPMorgan Chase to split the roles of chairman and chief executive, but they have succeeded in forcing the nation’s largest bank to improve its corporate governance.

Sometime before the end of the year, JPMorgan Chase will release a 100-page report in which it will provide a full accounting of recent legal settlements and matters under investigation and detail, among other things, clawback policies for executives whose business units engage in “unethical” activity. The New York bank will also describe in the report new structures for board accountability and oversight.

The Interfaith Center on Corporate Responsibility says the report will go a long way toward restoring the bank’s credibility with shareholders following a string of legal skirmishes, including a $13 billion settlement with U.S regulators over the packaging and sale of shoddy mortgages, a $1 billion fine for manipulating the foreign exchange market, and a $920 million fine it paid to authorities for its failure to spot risky trades. As a condition of the report’s release, the faith-based group has agreed to back off from its campaign to split the chairman and CEO jobs.  CLICK HERE to Read the Rest of the Article