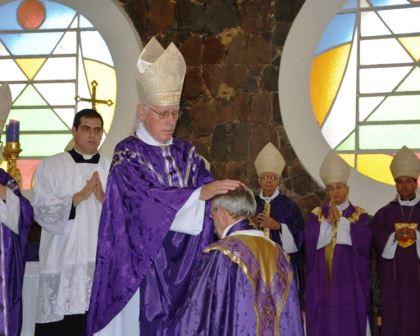 On 21 December, the San Blas Cathedral of Ciudad del Este was too small for the large crowd of faithful who had come to witness the episcopal ordination of their new Shepherd, Bishop Guillermo STECKLING, former Superior General of the Oblates of Mary Immaculate. Presiding at the ordination was the President of the Episcopal Conference of Paraguay, Mons. Claudio Giménez, Bishop of Caacupé.

Most members of the Paraguayan Episcopal Conference were present, including another Oblate, Bishop Lucio ALFERT, of the Apostolic Vicariate of Pilcomayo.

To replace a bishop removed from office for various reasons, the Holy Father turned to a veteran missionary who had spent 18 years in Paraguay before being called to the General Administration of the Oblates, first as Assistant General (1992-1998) and then as Superior General (1998-2010). It will be Bishop Guillermo’s task to seek to unite the faithful and the clergy again, after the contentious exit his predecessor.

Prior to his ordination, Bishop Guillermo called a press conference to speak about the ordination ceremony. He indicated that he had only recently arrived in that part of Paraguay and that he needed to take a tour of all of the parishes. He said that he was consulting other bishops about some of the sensitive issues facing the diocese, such as improving the seminary that has 80 candidates.

The new bishop said he is used to traveling.  “My custom is to travel as a missionary. I want to go to all the parishes and chapels. From my youth, I have been used to going on foot, on motorcycle and on horseback, sleeping wherever I go as part of a missionary congregation.” 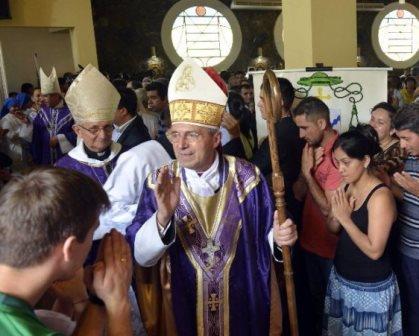 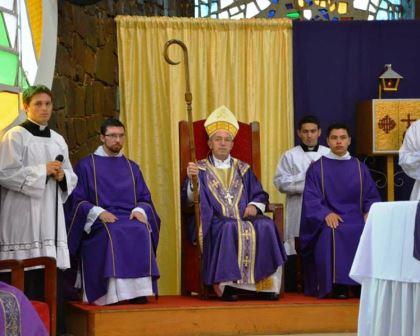