Mazenod Youth is the newly initiated youth ministry in the Oblate Province of Colombo. It had its inaugural ceremony at the De Mazenod House Chapel on 7 December, 2014, with the participation of 50 youth from all over the country. It began with a concelebrated Holy Eucharist presided by Fr. Rohan SILVA, the Provincial Superior.

After the homily delivered by Fr. Provincial, the youth were called forward for their annual promise which they pronounced before the Provincial. They pledged that they would voluntarily serve in the Congregation of the Oblates of Mary Immaculate as co-workers in the spirit of St. Eugene de Mazenod. After the promise the youth were blessed and given a specially made cross to wear. 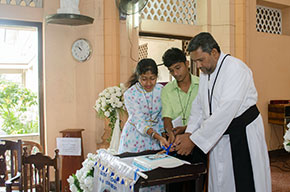 After the Mass, there was a short gathering in which they shared a special cake to mark this memorable day. Then the Mazenod Youth theme song was played and the website for Mazenod Youth was officially launched by the Provincial. (www.mazenodyouth.com)

Fr. Provincial addressed the youth and expressed his happiness, expectations and aspirations. He was well pleased with the youth and their true commitment and willingness to work with the Oblates. He further invited the youth to be messengers and witnesses for Christ wherever they are.

After his keynote address, everyone received a Christmas Gift and some announcements were made regarding the forthcoming events and missions.

Mazenod Youth have already begun visiting the Base Hospital (Marawila in Chilaw Diocese ) and praying over the patients; they are also visiting an Elders’ Home (Wennappuwa). They are collecting reading books, exercise books and dry rations for youth and children who live in remote villages in the country. They participated in a singing Christmas carols at the Mental Hospital (Angoda, Colombo). 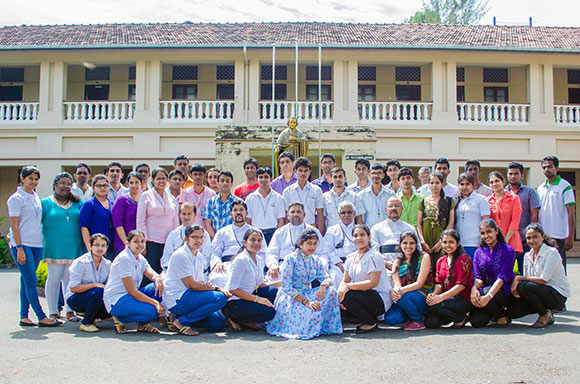