The Second Vatican Council, as we look at it from a fifty year perspective, began to turn the Church upside down.  Pope Francis has accelerated the process.  Formerly, we all looked at the pope as the top of a pyramid of importance, and the laity at the bottom.  Now, with Pope Francis’ emphasis on service to the  outcast and neglected, we can say that the pope and clergy are at the bottom of the pyramid, and the laity, especially families, at the top.

What does this mean for us as missionaries to the poor?  What is the Spirit telling us when Oblate (Lay) Associates in the USA are more numerous than vowed Oblates? Is our calling now to form the laity to be missionaries, and avoid clericalizing them?

Russell Shaw (disclosure: no relation to Will Shaw) has written a short and incisive article which attracted much comment:  “Everyone’s Vocation–Calling for an end to lay clericalism,” America, Sept. 29, 2014, pp. 19-21.  Read it here, and then see the two pyramids on the Mission-Unity-Dialogue Oblate website www.harrywinter.org.

Everyone’s Vocation: Calling for an End to Lay Clericalism

By Russell Shaw, Originally Published in the September 29, 2014 issue of America Magazine (Used with permission)

In The Edge of Sadness, the elegiac successor to his wildly successful novelThe Last Hurrah, Edwin O’Connor places these words about the priesthood and lay clericalism in the mouth of the story’s priest-narrator: “Probably in no other walk of life is a young man so often and so humbly approached by his elders and asked for his advice. Which, by the way, is almost always received gratefully and forgotten promptly.” 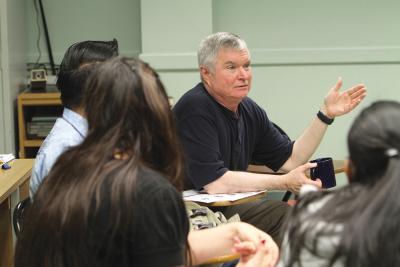 Much has changed in Catholicism since 1961, when The Edge of Sadness was published, but the ambivalent clericalism of the Catholic laity persists, albeit in altered forms. Cardinal Jorge Bergoglio of Buenos Aires captured one expression of it in an interview not long before he became known to the world as Pope Francis: “We priests tend to clericalize the laity. We do not realize it, but it is as if we infect them with our own thing. And the laity—not all of them but many—ask us on their knees to clericalize them, because it is more comfortable to be an altar boy than the protagonist of a lay path.”

But, someone might ask, what’s so bad about being an altar server? The future pope gave this answer: “The layman is a layman and has to live as a layman with the strength of his baptism, which enables him to be a leaven of the love of God in society…not from his pulpit but from his everyday life.”