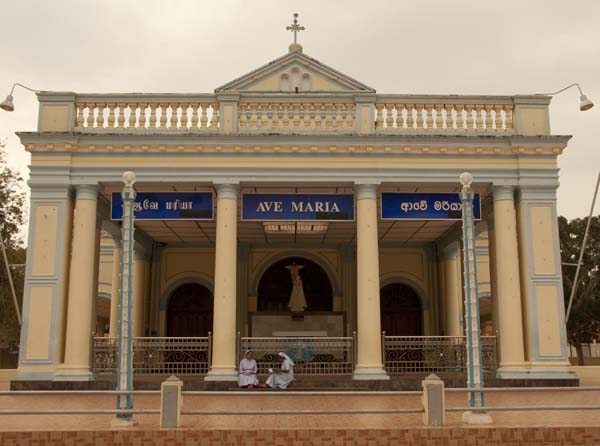 By Will Shaw, compiled from materials provided by Michael Viola

On Wednesday January 14, Our Lady of Madhu Shrine, a church in the remote jungles of the Northern Sri Lanka was, for a few hours, the focal point of the Roman Catholic Church when Pope Francis arrived by helicopter to lead a crowd of some 500,000 pilgrims in a celebration of the Eucharist.

For many years after coming to Sri Lanka in 1848, the Missionary Oblates of Mary Immaculate operated the Shrine housing a 450 year-old statue of the Virgin Mary. The statue was brought to its current location by a group of Catholics seeking to escape religious persecution by the Dutch in the 1600’s. Over the decades the Shrine has become a pilgrimage destination for meditation and prayer by Hindus, Buddhists and Moslems as well as Catholics.

During the 1983-2009 civil war between the majority Sinhalese and Tamils, the Shrine became a place of refuge for thousands driven from their home by violence. At times, as many as 40,000 refugees set up camp on the outskirts of the Shrine grounds. The Shrine itself was hit by artillery fire in 1999 killing 44 refugees and in 2008 the undamaged statue was taken away for safe-keeping during particularly violent clashes between government forces and the Tamil rebels. 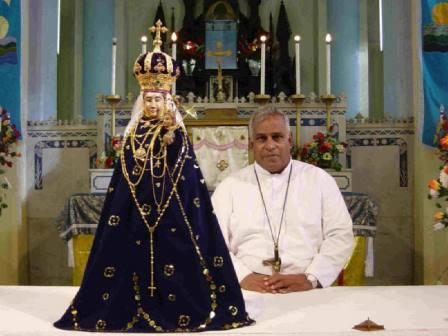 In the period of relative peace of the past six years, the Oblates of the two provinces in Sri Lanka (Jaffna and Colombo) have been serving in a variety of parish and special outreach programs designed to promote peace and understanding between Sri Lanka’s Tamil and Sinhalese peoples. Refugees still arrive at the shrine seeking shelter from the sporadic violence in the area, though in far smaller numbers than before. 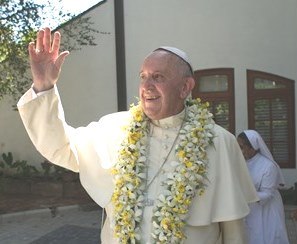 Earlier in the day Pope Francis canonized Joseph Vaz, saying he is an example of religious tolerance relevant to Sri Lanka today as it recovers from years of civil war.

Born in 1651 in India’s Goa, Vaz travelled south in disguise after hearing about the persecution of Catholics by the Dutch. He spent his life working to re-establish Catholicism in Sri Lanka.

The Pope concluded his message with the following:

“Finally, we want to ask Mother Mary to accompany with her prayers the efforts of Sri Lankans from both Tamil and Sinhalese speaking communities to rebuild the unity which was lost. Just as her statue came back to her shrine of Madhu after the war, so we pray that all her Sri Lankan sons and daughters may come home to God in a renewed spirit of reconciliation and fellowship.”

Of the many miracles associated with the statue of Our Lady of Madhu, none would be greater than lasting peace for the people Sri Lanka.