Brother Maximillian Mwakacheya, OMI was the special guest at the offices of OMSI-Belleville on Thursday, January 22, where he spoke to the employees about his various ministries in Zambia. Having 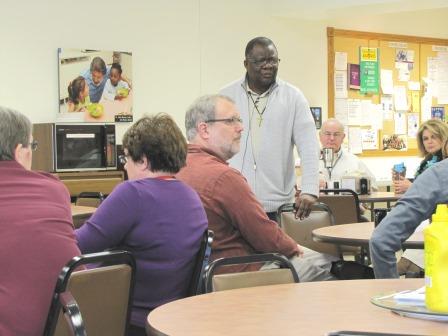 just completed some coursework in San Antonio, Brother Max took the opportunity to talk about the work of the Oblates in Zambia that is made possible with the funds raised by OMSI employees.

The Missionary Oblates sent four U.S. Oblates to begin the mission in Zambia in 1984; it was just five years later in 1989 that Brother Max came into contact with them. He soon went into formation becoming the first Oblate Brother from Zambia.

Over the years Brother Max has been involved in a wide variety of mission work. He spent much of his time in Zambia’s Western Province situated at the northern edge of the Kalahari Desert. Here, the sandy soil makes growing food very difficult and most of the residents live at a subsistence level through fishing, growing what they can, or raising livestock.

The Oblates have missions in the far-west towns of Kalabo and Sihole. In this area where the population has been devastated by the HIV-Aids epidemic, Brother Max worked in the home-based care ministry serving those with the illness and their families. He reports that with the help of the newest drugs, the 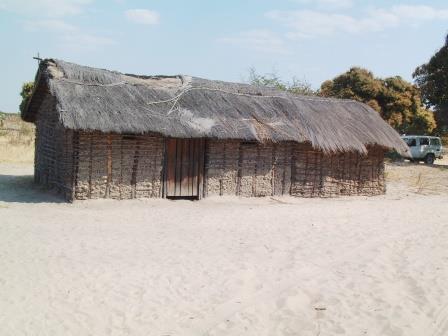 death rate from HIV has begun to fall.

He also did parish work and visited the many so-called, “out stations.” In the Western Province, most people live in tiny villages far from the larger towns, so parishes set up “out-stations” where mass is held perhaps once or twice per year by a priest traveling from the city. Kalabo for instance, has some 75 outstations requiring a journey a day or longer to reach. In between visits by a priest, Brother Max would visit the out-stations taking Eucharist to the people, teaching catechetics and performing other pastoral duties.

After that, Brother Max was enlisted to help build much-needed bridges on the road that goes from the capital of Lusaka to Mongu, a distance of some 550 kilometers (342 miles). 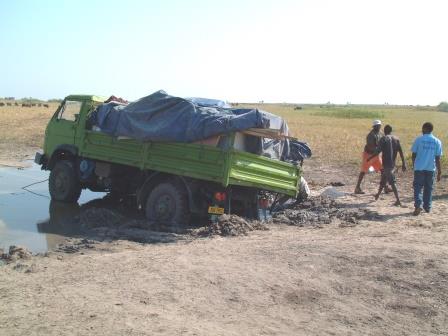 Roads in western Zambia are notoriously poor making which makes travel long and hazardous. The constant bumps and pot holes are the cause of may flat tires and broken axles.

Most recently, Brother Max has been working in formation at the St. Joseph’s Scholasticate in South Africa, where coincidentally, the Superior represents another  Zambian “First,” he is the first Zambian Oblate Priest, Fr. Joseph Phiri, OMI.

Now, after a sabbatical and studies in San Antonio, Brother Max is heading home to take up parish work again. This time he will be assigned to the Mary Immaculate Parish in Zambia’s capital city of Lusaka.

In good health and just 50 years old, Brother Max is nevertheless considered an “elder” in an Oblate delegation populated by young men in their 20’s and 30’s. With God’s help, he’ll continue to be a leader to the young Oblates and a minister to the people of faith in Zambia for many more years.