Pope Francis deeply touched the many Filipinos who came in droves to see the pope who loves children and poor people, embraces the sick and suffering, and speaks to them heart-to-heart.

According to Francis, he was also moved by the people he met. On an in-flight interview on his return to Rome from Manila, the pope said his visit to Tacloban — Typhoon Haiyan’s ground zero — was the most moving experience of his Jan. 15-19 pastoral visit to the Philippines.

Even though a typhoon threatened to cut his visit short, Francis arrived in Tacloban, donning a yellow plastic raincoat throughout the entire Mass with survivors and pushing through with his motorcade to the town of Palo and then back to Tacloban airport. 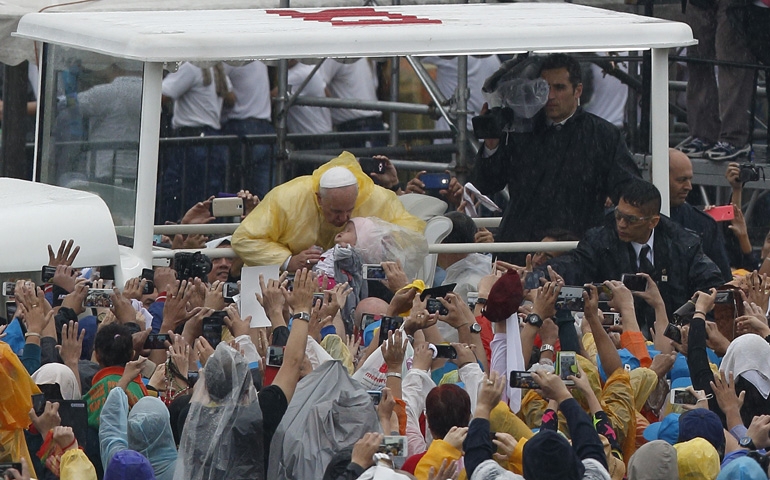