For the second consecutive year, from16 to 25 January 2015, there was a mission in various rural chapels of the Parish of Santa Lucia, province of Corrientes, in northeastern Argentina. 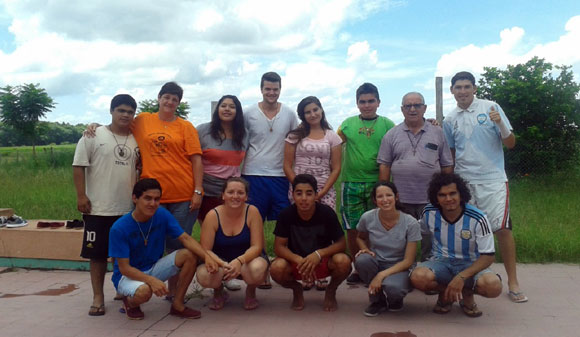 Organized by the formation house of Virrey del Pino (Province of Buenos Aires), the mission was conducted this year by 4 Oblate priests, 3 from Argentina and 1 from Uruguay; an Italian scholastic who is having a pastoral experience in Uruguay; a COMI and 2 youth from Uruguay; 2 prenovices and 60 Argentine laity from the different parishes and places where the Oblates have worked or still work in Argentina.

Prior to the mission, we had two and a half days to get to know each other and to get ready. The majority of the participants were youth, so the atmosphere was joyful and full of enthusiasm. We then divided into four groups, each with a priest, to go to the different rural chapels. One group stayed at the parish itself to support some families who had been dislocated because of floods and who were staying in schools and colleges.

In the mornings, we went two by two to visit families, to learn about their problems and to invite them to the evening sessions whose most important moment was the celebration of Holy Mass. Before Mass, there were games and sports for the children. And after Mass, there were meetings with youth and adults. On the last Saturday, after the Mass, we had a bonfire and we shared supper.

On Sunday morning, all the groups came back together at the parish; we had a Mass together and we left the mission. 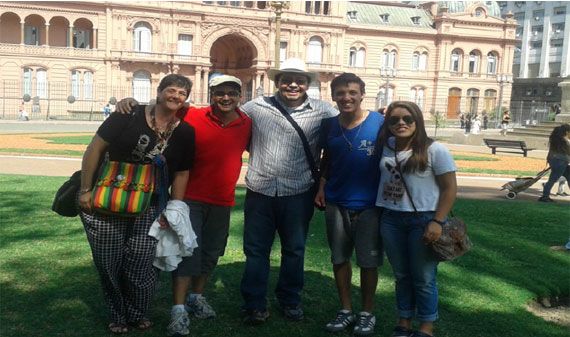 It was a lovely experience, because of the variety of the groups who came from various parts of Argentina and Uruguay. The fact of being in mixed groups was enriching for the participants who lived with people they had only recently met and with whom they were forging new friendships. From the point of view of vocations, the mission opened for the youth a new way of looking at life and opened them to the charism of our vocation.

Next year, we will return for the third time to the same places since it’s a three-year commitment. Then we will look for another place, but the missionary experience will continue, thus offering to the youth and the adults the possibility of discovering and deepening our charism. (Santiago REBORDINOS)