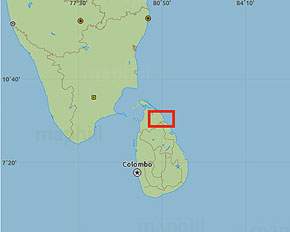 At the invitation of the bishop of Trincomalee diocese in the Eastern Province of Sri Lanka, the Colombo Province of the Oblates accepted to begin a mission at Kuchchaveli-Kallarawa in the district of Trincomalee. On 13 February 2015, the provincial, Fr. Rohan SILVA, formally commissioned Fr. Jesu Ramesh WARNAKULASURIYA to begin the new mission. The Oblates in the new mission will be especially engaged with the fisher folk, both resident and migrant, as well as with people engaged in other occupations.

Fisher folk from the Western Province of Sri Lanka came to the fishing village of Kallarawa in 1949. At that time there were about eleven families. The fisher folk did not have permanent houses. A small church building dedicated to St. Anthony was constructed at Kallarawa.

By the year 1960 the number of families increased to about forty. They did not have facilities for transport, health care and education of their children. Eventually this village 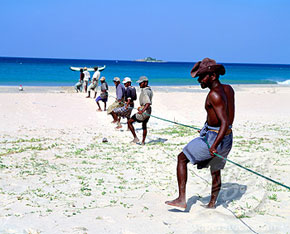 became the largest purse seine Centre, north of Trincomalee town. During the fishing season at Kallarawa, the fisher folk came annually from the Western coastal belt of Sri Lanka without fail. Between 1968 and 1977, there was a resident fishing population of about hundred families. In 1978 a school was built. During the off season (rough sea), the people were engaged in farming. They lived joyfully. After 1985 twenty new families settled down at Kallarawa. However, due to the war between the Sri Lankan government forces and the Liberation Tigers of Tamil Eelam (LTTE) and the deaths of several fisher folk caused by LTTE between 1985 and 1995, the fisher folk became refugees in a school at the Mineral Sands Corporation. Those who lived in this village from 1949 to 1995 lost everything they owned. By June 1995, there were thirty seven families in the army camp.

With the end of the war between the Sri Lankan army and LTTE, the fisher folk started coming again from the Western coastal belt of Sri Lanka. Fr. Jesus Ramesh will meet people struggling to survive with hope of a better future. He will reside initially in the parish of Nilaveli in the district of Trincomalee, an Oblate parish, which was begun by the Oblate Province of Sri Lanka in 1970 with Fr. Bertram THIRIMANNE as parish priest and ministered by several Oblates of the Colombo Province till 2014. 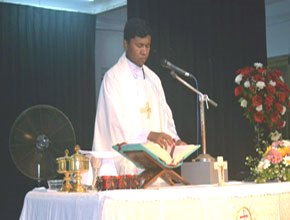 At present, Fr. Jesu Ramesh will need basic facilities such as shelter in a suitable location from where he will be able to begin reaching out to the people to proclaim the Good News of salvation, minister the Sacraments, build Christian communities and promote social concern. He will be supported by a team of Oblates in the future when residential facilities will be available since the missionary and pastoral ministry is going to be a community effort.

Fr. Jesu Ramesh is conversant in the Sinhala and Tamil languages which the people, including the fisher folk of Kuchchaveli-Kallarawa speak. He did his theological studies in Rome and obtained a Licentiate in Pastoral Theology at the Lateran University, Rome. He was ordained in 2011 and has served in two parishes in the Archdiocese of Colombo and has been an educator at De Mazenod English Academy at Negombo. (Fr. Emmanuel FERNANDO)