Originally Published on OMIWORLD.ORG
Have you ever met St. Joseph Benedict Labre as you were wandering the streets of Rome? If yes, then it was probably not he, for he died two centuries ago. The one you saw was probably not an apparition; you simply saw one of his namesakes, Brother Giuseppe D’ORAZIO. 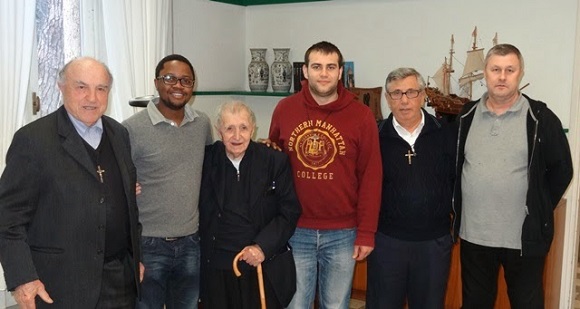 Just like the famous beggar-saint, Brother Giuseppe goes every day as a pilgrim from church to church. He lights a candle, collects holy cards and recites rosaries. But he also goes up and down Italy to visit the families of missionaries. And when the missionaries leave, he has for each of them a little image of a saint, attached some green United States cash. He remembers by name everyone that he meets.

In the evening, when we go to bed, he begins to walk back and forth in the chapel into the wee hours of the night and who knows what they discuss, he and his Madonna of Good Counsel (in front of whose image he always lights a candle and places flowers) and the Blessed Sacrament. 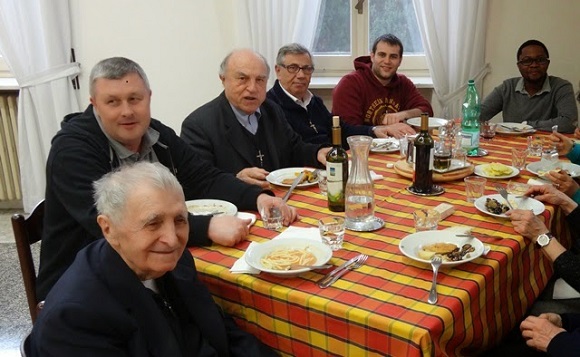 This faithful guardian of the house where he began to live 65 years ago, even before it was officially open, on 24 February 2015, celebrated 95 years of life. Ad multos annos!
(Fabio Ciardi at http://fabiociardi.blogspot.it/)