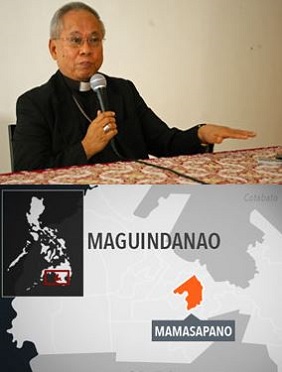 Greetings of peace in the Lord!

As a Filipino and Mindanawon, I grieve profoundly for our gallant SAF troops who sacrificed their lives in pursuit of justice in Mamasapano. I grieve deeply with their families.

As a disciple of Christ I likewise grieve for the other Filipinos, Bangsamoro civilians and combatants, who perished in the same horrible tragedy. I grieve deeply with their families.

With the families of all the victims I demand that justice be done, that answers to the many questions raised by the whole nation be forthrightly answered. Those responsible for the tragedy must be brought to justice without fear or favor. The attribution of guilt must not be one-sided. It is now coming to light from the ground that inhuman brutalities were committed by both sides. Guilt is on both sides of that fateful, clearly avoidable, combat.

Yet in the face of outrage and calls for all-out war for the manner by which our law enforcers lost their lives, I call for peace. I call for rationality rather than emotionalism. I call for justice that is not selective. I call for openness and fairness rather than bias and prejudice. … 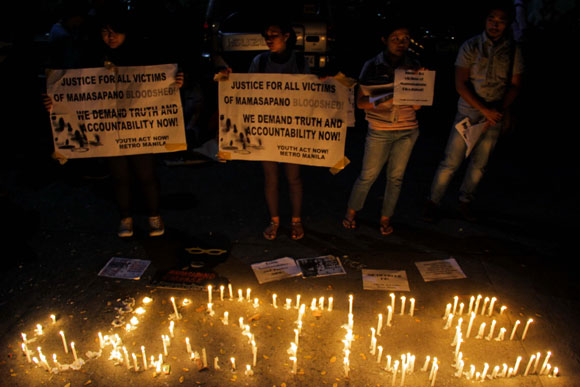 I am for peace, the peace that God grants to people of good will. I am for the peace that God gives through the collaborative work of men and women who work conscientiously for the good of the whole country. By focusing on the good of a Bangsamoro minority in the “peripheries” who have suffered social injustices for centuries, they are working for the common good of all Filipinos. They are healing historic wounds that have caused great suffering to all Filipinos.

And so must I grieve for our courageous SAF troops who have lost their lives. I must also grieve for all the other Filipinos who perished in Mamasapano. I grieve and pray for the families they left behind, their inconsolable widows and children, for their uncertain future. For their sake I seek justice and accountability.

I beg you as fellow disciples of Christ, the Prince of Peace, to pray and work together for peace so that Mamasapano will not repeat itself. Let not emotions, biases and prejudices prevail over objective reason and over our most cherished Christian values of justice and peace, truth, love and harmony.

It is the Spirit of God that gives hope and infuses love and harmony among peoples of different faiths and cultures. With God’s Spirit we can soar over tragedies, we can restore trust for one another, we can strive together for harmony and peace. Ultimately it is in the enlightened heart where love and peace begin.

May the God of Justice, Peace and Love bless us all.