Originally Published on The Catholic Thing

We need to learn once again the value of the Liturgy of the Word at the Mass, and the celebration of the Eighteenth Sunday of the Year was a treasure house for that reason. The First Reading was about God feeding his people with manna in the desert and the Gospel was Jesus’ announcement that he is the Bread of Life – material enough for a dozen homilies.

In the Second Reading (from Ephesians), however, Saint Paul points us to the solution of the central problem facing Catholics in America today. First: “I declare and testify in the Lord that you must no longer live as the Gentiles do, in the futility of their minds.” Now, the Gentiles are the ones who do not believe in God, the real true God. Nominal Catholics and many others appear to be in the same boat.

The significance of this lies in what follows. Paul explains that they are “lost in the futility of their minds” and adds: “that is not how you learned Christ, assuming that you have heard of him and were taught in him.” The key lies in the phrase “learning Christ,” not learning from Christ, as if he is just another messenger.

What does this mean? Paul qualified these words with the phrase: “as truth is in Jesus.” He is saying that Christianity is about being in Christ, having the mind of Christ, which means: “that you should put away the old self of your former way of life, corrupted through deceitful desires, and be renewed in the spirit of your minds, and put on the new self.” The “deceitful desires” are those behaviors that fill our minds with lies. Truth is the key, and it can only be found in Christ.

The Gospel Acclamation for the Mass quoted Deuteronomy: “One does not live on bread alone, but by every word that comes forth from the mouth of God.” The Second Reading gave us what God is doing in Christ. In this acclamation, we are reminded of the essence of being human – since the human person is, after all, created to be in relation to God. The bread takes care of our material existence, but we are spirits, too, spirits created to be fulfilled in the truth that is the word of God.

Now Gentiles, who, by definition, do not believe in God, find their “truth” somewhere. We might put this in a modern idiom by calling it something akin to collecting urban legends. The Israelites came from Egypt, where there were legends aplenty describing this piece of wood as a god, and that cow as a god and so on. God isolated them in the desert to begin the difficult conversion to dealing with the God who actually exists. 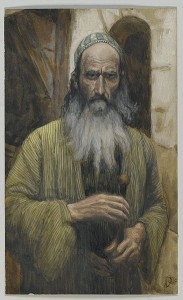 The urban legends have changed – now the gods are instructions from a political party, or the bad behavior of some actor, or how some corporation defines fun. But the futility of one’s mind is still there unless one “learns Christ,” as expressed in Scriptures and the tradition of the Church.

As to the United States: in the parish where I was celebrating Mass recently, we read the bishops’ letter criticizing the Supreme Court decision on same-sex marriage. Properly understood, this is a practical instance of being “taught in Christ.”

By contrast, that week, Jimmy Carter was asked what would Jesus do about this decision. He answered that Jesus would be OK with it. This from someone who taught Sunday school, but who clearly does not know the Bible or that it’s longstanding principles in such matters are not a set of optional teachings. Carter wanted to satisfy a group who generated the urban legend that same-sex marriage does not harm anyone. Urban legends by their nature are rarely true, so the Gentiles who follow them are lost in the “futility of their minds.” They are not approaching the truth of God, the mind of Christ.

If the debate on the merits of same-sex-marriage is carried out on Gentile grounds, then the Catholic truths – the ones held by faithful Catholics – make no sense. Catholic teaching cannot be argued in terms of which urban legend it agrees with. The debate has to be in terms of reason, properly understood, as illuminated by faith, which means in the light of the Word. The Church in America long ago drifted into assuming that this crude way of thinking was compatible with “learning Christ.”

I’ve looked into the history of Catholicism in America. No matter how far back you go, those teaching the faith on these shores do not appear to have spent much time on helping Catholics to actually think with Christ, which is an urgently needed skill.

Thank God some people learn it in their families. The arrival of St. John Paul II’s Fides et Ratio should have signaled a revolution in catechetical methods, focusing not solely on content (important as that is), but also on developing skills that would have prepared Catholics to stand on their own two feet and respond to current social challenges. But like much else in the teachings of JPII – and Benedict XVI – it was not picked up and taken seriously by many of the clergy.

Saint Paul marks the way for those seeking a way out of the “futility of mind” we see all around us, but how many Catholics still believe that Scripture is the authoritative way of God’s revelation?