In this two-part article by Fr. Harry Winter, OMI, interviews the current president of the U.S. Catholic Mission Association, Fr. Greg Gallagher, OMI followed by some excerpts from the autobiography of another Oblate who was involved with the USCMA, Fr. Anatole Baillargeon, OMI (1914-2008), Executive Research Assistant, U.S. Catholic Mission Council.

(Note:  the US. Catholic Mission Association was established on Sept. 1, 1981 and is funded by those religious communities who send men and women as missionaries outside the USA). 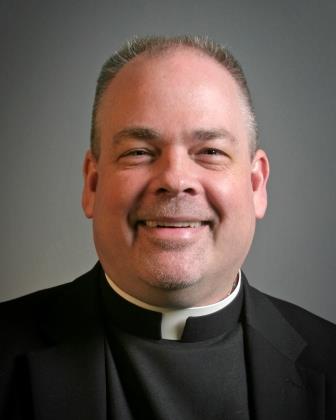 Question:  When were you elected as President of the US Catholic Mission Association (USCMA)?

Question:  What is your background in Mission?

Answer:  I took courses in Missiology while I was studying at the Chicago Theological Union.  Stephen Bevans, SVD, Anthony Gittens, CSSp, and Robert Schreiter, CPPS, continue to inspire me by their dedication to Mission.  I served with Native Americans in Sisseton, SD, and have visited Zambia many times to help with the growth of that mission.

Since being appointed to province leadership, I have held the portfolio for Ministry and Mission, which includes Zambia and Tijuana, Mexico.

Question:  What are your duties as president?

Question:  What are the particular challenges for the USCMA?

Answer:  We continue to grapple with the changing face of mission.  There are more and more short term missionaries, mostly lay, who commit themselves to an overseas mission for several months or years. The US in now receiving “missionaries”, religious from a foreign country helping the US address the needs of the gospel.  More and more we envision the USCMA as a resource for the Christian Church, not just religious communities. In a real sense, the experience and history of the missionary congregations and religious orders will become a resource for the USCMA rather than a large proportion of its membership.  Our new strategic plan includes programming for mission education, animation for mission and networking with mission sending and mission promoting entities.

Question:  What have been your greatest joys as part of the Association?

Answer: The growing numbers of laity who are engaged in mission; the emergence of short term mission; our relationship with the Mission Offices in each USA diocese, and the theological reflection we do.

Our executive director, Fr. Jack Nuelle, MS, attends the annual meeting of the ecumenical American Society of Missiology.  He also represents the USCMA at meetings of other groups involved in Mission.

Fr. Winter: Many, many thanks, Fr. Greg, for agreeing to be interviewed.

For a thorough history of the USCMA, see their website www.uscma,org, click on “About USCMA,” and scroll down to “USCMA History.”

II. Among the many Oblates who have been involved with the USCMA, such as Billy Morell, Dave Ullrich, and Oblates leading our Oblate Center for Mission Studies (1994-98), Anatole (Benny) Baillargeon holds a special 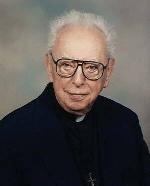 place. Following are excerpts from his autobiography.  Many thanks to archivist, Sr. Ann Diehl, CSJ, for making these available to me. (Fr. Baillargeon pictured on right)

Fr. Benny’s title was “Executive Research Assistant of the U.S. Catholic Mission Council,” which preceded the USCMA and was described by Nuelle as “heavy” in composition.  Benny took office on Feb. 1, 1970.  On Aug 13, 1971, after presenting a report on the new structure at the Second Assembly of the USCMC (June 1,  Maryknoll, NY), his title and job was changed to “Assistant to the Executive Secretary.”

His residence now changed on Sept. 8, 1970, from Natick, MA, of the Northern, Franco-American Oblate Province,  to the International House for the Student Priests of the Society of the Divine Word Society, in the Brookland section of Washington, DC, just a few blocks from Oblate College.  He was told there was no room for him at Oblate College.

On Sept. 17, he summarized his previous week’s meeting with about five Catholic religious orders with headquarters in the USA, not Rome, obtaining $5,000,000.00 compensation from the US government for “the loss of schools, colleges, hospitals, orphanages” in China.  The US Senate was against it until “B’nai Brith, Knights of Columbus, Daughters of Isabella and Black Baptist groups’ telephone campaign.”

On Sept. 23, he received two telephone calls, one from broadcaster Walter Cronkite regarding U.S. missionaries in Amman, Jordan, and one from black tennis player Arthur Ashe’s wife concerning a match Ashe would play in apartheid South Africa.  Benny commented “This is getting interesting.”

On Oct. 7, he noted “Start publishing Mission Intercom, a 4 page newsletter sent to all U.S. bishops, major superiors and all Catholic missionaries overseas.  This is my baby, from writing to mailing.  Issue #00 is mailed on Nov. 18.”

On Nov. 5, he visited in Paramus, NJ, with the staff of the Overseas Ministry Study Center (Protestant) and on Nov. 6, the famous “God-box” of American Protestantism, the headquarters of the National Council of Churches, 475 Riverside Drive, New York City.  He wrote “Meet with Protestant agencies and their ministers.  It seems we have more in common than differentiates us.”

With the invitation from Fr. George Croft, OMI, the new superior of Oblate College, Benny moved there on Nov. 20.  There had been quite a bit of hostility between the Oblates of the Eastern American Oblate Province, with its many Irish-Americans, and the Oblates of the Franco-American Province. By living at Oblate College, Benny did a great deal to lessen those feelings. On Aug. 28, 1971, he moved to Dunbarton College, where he served as chaplain to the sisters, offering daily Mass.  He returned to Oblate College for all the various community events.

From Dec. 10-14, 1970, Benny traveled to French Canada, and in 1971, from June 23-July 10, he visited Latin America. On May 13, 1973, he left his position with USCMA to become the information Officer for the Oblates, in Rome, Italy. Some of the important events between July 10, 1971, and May 13, 1973 that he had a major part in were the Quinquennial (every five year) celebration of the Society for the Propagation of the Faith, the Washington, DC Furlough for Returned Missionaries, and the 2nd National Catholic Mission Conference. He also visited Haiti.

For more on Oblate work in Mission, Christian Unity and Dialogue, see the MUD website maintained by the USA Oblate Province:  www.harrywinter.org.