“Living histories of missionary, entrepreneur on tap at FWWM”

This copyrighted story was originally Published by the Walla Walla Union-Bulletin and is being re-posted with permission. 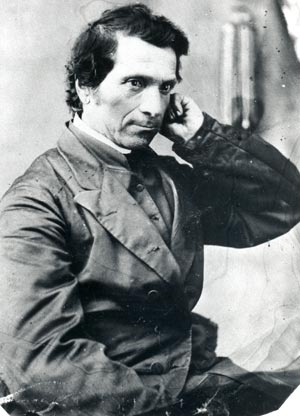 On Saturday the Rev. Eugene Casimir Chirouse, (OMI) a Catholic missionary will be portrayed by Jean-Paul Grimaud.

And on Sunday William B. Phillips, tinsmith and hardwareman, will be portrayed by Dick Phillips, his great-grandson.

He began his novitiate with the oblates of Mary Immaculate, and was chosen as one of five missionary oblates to travel from France to Oregon Territory.

In May, 1847, the oblates set forth on the 2,000-mile journey from Westport, Kan., to Walla Walla, following the Oregon Trail.