This is a very difficult time for us in Eastern Europe. No one among us could have imagined that in the 21st century there could be a war and that people would be killing each other. The world and neighboring countries were surprised at the beginning, but now that more than a year has passed, we have the impression that the world is not very interested in the conflict in Ukraine. But here, people are dying every day, more than 600,000 victims; many families have lost their homes. The conflict isn’t finished yet, but we can imagine what the future has in store: terrible psychological suffering is awaiting our people.

The Oblates in Ukraine are also involved in this situation with the people. We hear them; we try to console them, to be with those who have lost their children and who are afraid about the future of their sons who are defending our country. We also collect things for refugees; we ask people to open their houses for those who knock. We also share food and other aid with those in need in our community houses.

Two times a week, Brother Sebastian JANKOWSKI is provides food at six places in Kiev for more than 300 homeless. Fr. Rafal STRZYZEWSKI was on the defense line in eastern Ukraine to deliver food, to be close to ours soldiers and to speak with them. He spoke with so many people whose wish is that the war would be finally finished. 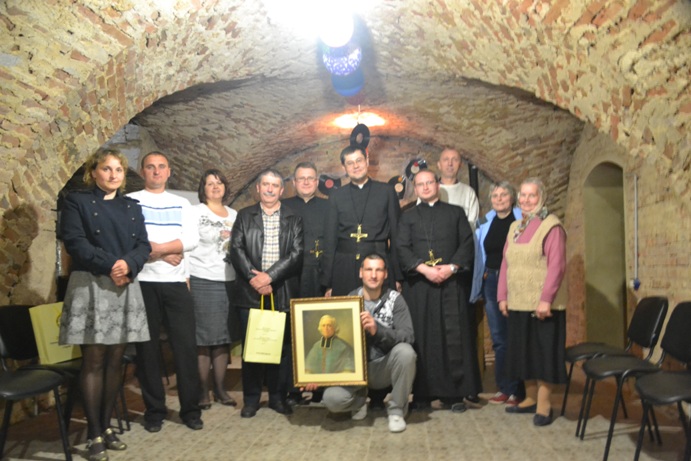 Only God knows when that will happen. To help people to live during such a difficult time, the Delegation in Ukraine started a contest based on knowledge of the life of St. Eugene de Mazenod. To do this, we published a third book in Ukrainian about our Founder: “He has chosen the poor”. This book speaks about the difficult 11 years of exile of St. Eugene de Mazenod and it is quite useful for the Ukrainians because it shows how to live in such difficult time.

Many, including children, teenagers and young adults, especially from Oblate parishes, have taken part in the contest. The final contest took place in Tyvriv on May 2. The grand prize for young adults was a trip to Aix-en-Provence; for adults, a pilgrimage tour of Rome; and for teenagers, a bicycle. (Photos can be found at: http://goo.gl/LUVnjU.) 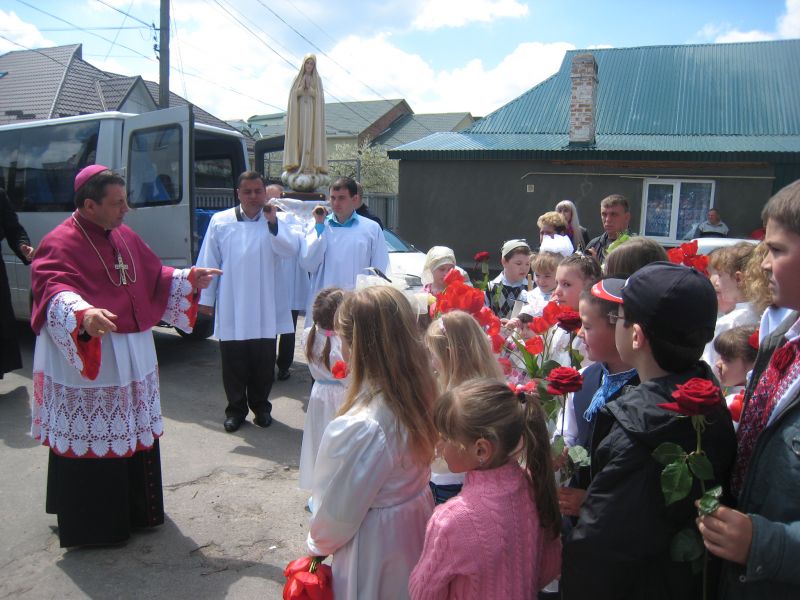 (Photo above: The Statue of Our Lady accompanies the Oblates as they prepare to preach another retreat.)

As a special way to live the ongoing Oblate Triennium leading up to the 200th anniversary of our founding, the Oblates are offering three-day retreats in 80 parishes in Ukraine. They are accompanied on the retreats by the statue of the Pilgrim Virgin of Fatima. This encounter with the Virgin Mary is the Oblates’ way of contributing to the much needed prayers for peace in Ukraine. (pictures: http://goo.gl/XvC9Z0) [Pavlo VYSHKOVSKYI, Delegation Superior]