The Missionary Oblates in French Guiana have one of the most diverse Oblate communities in the entire world.  And with good reason – French Guiana, though very small, has a quite diverse population.

“It is a changing missionary story,” said Fr. Vincent Gruber, O.M.I. Provincial of the Oblates in France.  “The Oblates are accepting the challenges of welcoming and living together with people of different cultures,” he noted 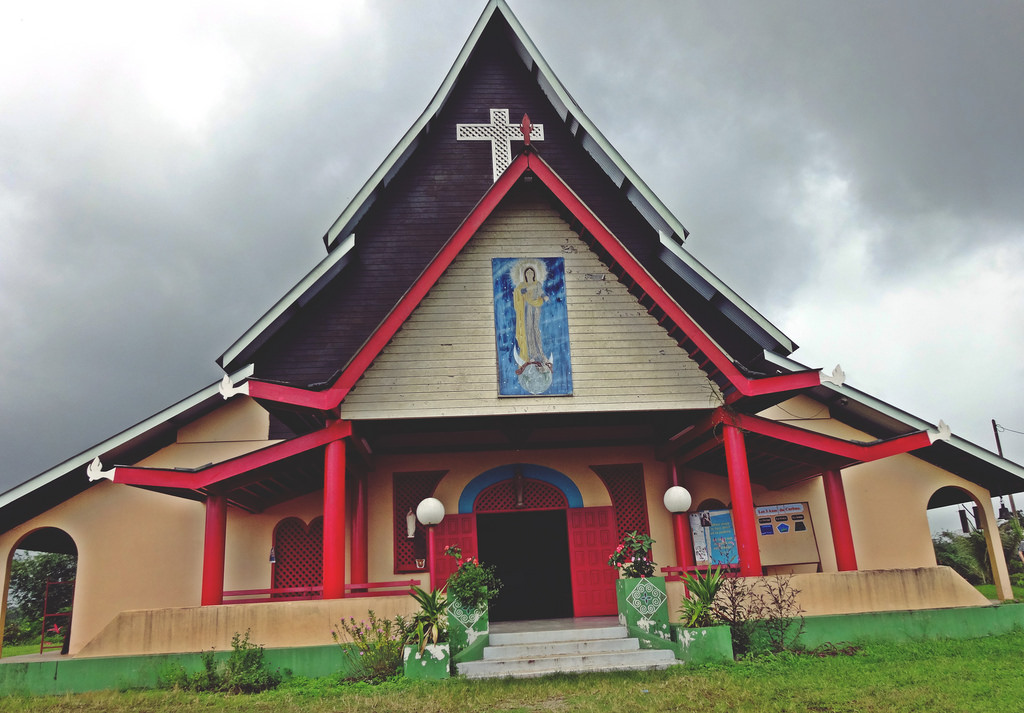 during a recent visit to French Guiana.

The Oblates initially came to French Guiana in 1977 to serve Hmong refugees from Laos.  The Hmongs are an ethnic minority in Laos who supported the United States during the Vietnam War.  When the Communists took control of Laos, the Hmongs were severely persecuted, and many fled to other countries.  The Oblates still work in two Hmong villages in French Guiana, helping them preserve their heritage and Catholic identity.

French Guiana has been a melting pot of immigrants and refugees for decades.  Of the 250,000 people in French Guiana, roughly two-thirds were born in other countries.  It has large Brazilian and Haitian populations.  There is also a significant community of Surinamese refugees and migrants.  The development of Chinese businesses has brought Chinese families there.

“The number of languages and cultures is a real challenge for us,” said Fr. Elie Lagrille, O.M.I.  “But living amidst so many nationalities is a rich experience.”

Providing for the spiritual needs of these diverse populations is the primary work of the Oblates in French Guiana.  They are also involved in hospital, school and prison ministries.

Youth ministry has become a focus of the Oblates in recent years.  They work as chaplains at schools and have extensive youth outreach programs at their parishes.

“The Oblates reach out to the farthest away and poorest, people not touched by the Church, especially newcomers and young people,” said Fr. Gruber.  “It is work among faithful people who are part of an intercultural mosaic.”

(Photo above is a Hmong Church)