Much of Fr. Marc Dessureault’s ministry can be summed up in six letters – O.M.I. and M.B.A.

Father Dessureault is first and foremost an Oblate of Mary Immaculate. But his day-to-day usually involves his Masters in Business Administration degree. Father Dessureault is the Oblate Treasurer General, overseeing the finances of Oblate ministries in more than 60 countries worldwide.

Fr. Marc:“When I became Treasurer General I got a whole lot of new friends all over the world,” jokes Fr. Dessureault. “To ensure the long-term sustainability of our work, fundraising has become an even more important element to our continued success.”

Originally from Canada, Fr. Dessureault spent the first several years of his priesthood in youth ministry and preaching retreats. He then accepted the responsibility of overseeing the finances of the Oblates’ Shrine of Our Lady of Notre Dame du Cap near Montreal, and St. Paul University in Quebec. In 2012 he was asked to go to Rome to become the treasurer for the entire Oblate congregation. He arrived with all his belongings in just two suitcases.

“I spend about half my time in Rome and the other half on the road helping the Oblates try and find new ways to raise funds,” said Fr. Dessureault. He expects to visit more than 60 countries as Treasurer General.

These visits give Fr. Dessureault a firsthand understanding of the hardships encountered by the Oblates. He once visited the African nation of Lesotho during the middle of winter and many times people’s homes were not heated. “I’ve never been that cold in my life, and I’m from Canada,” he said.

In recent decades Oblate fundraising has evolved so that it now moves mission countries toward self-sufficientcy. In the past, Oblate provinces in First World countries were the primary source of funding for missions in the Third World. Because of dwindling resources, the more affluent countries can no longer be the sole supporters of mission countries.

As a result, missions in poor countries have been finding new ways to support their work. The Oblates in Cameroon raise money by operating a garage where mechanics repair vehicles for other religious congregations. In India the Oblates built a parish hall that is rented out for wedding receptions. The Oblates in Lesotho have a printing press and earn income by printing religious books and other materials.

Some Oblate provinces pool their finances to support the neediest missions. The First Formation Fund provides provinces up to $900 a year for each of their young seminarians. The Solidarity Fund distributes about $1 million annually to Oblate ministries for a variety of projects such as building schools, churches, sewers and community wells.

Father Dessureault also works with the Oblate International Pastoral Investment Trust. The Trust provides professional financial services to Oblate ministries and other Catholic organizations. It has a special interest in the developing countries where such services are not easily available, and in groups that do not have sufficient financial resources to engage professional investment services. Today the Trust manages about $400 million in assets in more than 80 countries.

“Our poorer missions are generating some of their own funds now, but it will take many years, if ever, before they are self-sufficient,” said Fr. Dessureault. “That is why our donors in places like the United States are so important to our congregation.”

In this five-minute video conversation, Fr. Marc Dessureault, OMI talks more about his ministry, and how the Oblates are finding ever more creative ways to stretch limited funds to support the mission to the worlds poorest. 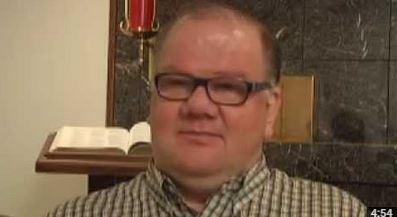