The XIV General Assembly of the Synod of Bishops on the Family was held from October 4 to 24at the Vatican, with the participation of the Holy Father Pope Francis and 279 bishops, prelates and priests announced as voting participants, coming from countries and regions all over the world.

Among them were two Oblate Bishops, both from the Southern African Region – Msgr. Gerard LEROTHOLI, from the Archdiocese of Maseru, Lesotho and Msgr. Joseph SHIKONGO, from the Vicariate of Rundu, Namibia. 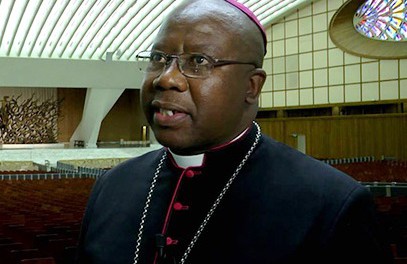 Archbishop Gerard was also one of those bishops who delivered a presentation during the Synod. Here is an extract of his speech: “A Christian family is a domestic Church, a ‘church inserted in my house’. Family that prays together stays together. Family is the sanctuary of life. It is the fundamental cell of society. It is the foundation on which the social edifice is built. It has vital and organic links with society. It is from the family that citizens come to birth. It is the first school of the religious and social virtues. The Christian family is the first orbit in which the Church is expressed and visualized”.

The Oblate General House community extended him an invitation to share his own thoughts about the event before he left the ‘Eternal City’ and he accepted it willingly. Incidentally, this was Archbishop Gerard’s fourth occasion of being a Synod Father. He explained the real purpose behind this Synod, the methodology it followed, its strengths and drawbacks and also about the humility that the Holy Father showed throughout the event.

The Synod ended with the Holy Mass offered by Pope Francis on Sunday, October 24.