What If St. Eugene had been at the recent Synod on the Family?  Would he have contributed anything special that Oblates should carefully follow? 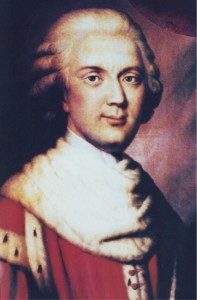 I suspect that in three areas, he would have made significant contributions.  First, is his own background as the child of a divorced and migrant family.  Second is his passion for Evangelization, especially the family’s role in evangelization.  And third is Eucharistic Hospitality.

During the French Revolution, Eugene and his family had to flee for their lives.  Then, when they returned to France, his parents divorced.  For a bishop to come from a divorced family was almost unheard of in those days.  Even today, few bishops at the Synod would have come from divorced families.  So St. Eugene would have contributed very personally to the discussions on “the wounded family” (#’s 10 and 51 in the Final Report).

It is very significant that the pamphlet “St. Eugene de Mazenod, A Patron Saint for the Dysfunctional Family,” disappears with such rapidity from the racks of our retreat houses and parishes that display it. 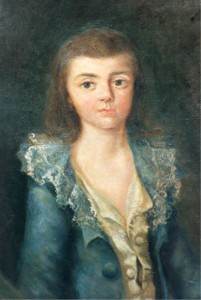 Eugene de Mazenod as a child

Membership in the Oblate Associates is growing by leaps and bounds.  Here again, it would seem that the Holy Spirit is asking us to promote the role of the laity and families in evangelization.

St. Eugene required every Oblate to participate daily in Mass.  He regarded the Eucharist as the main source of our strength. An American delegate from the Disciples of Christ Church made an intervention which caught the attention of many.  (The Disciples of Christ, formed on the frontier in the early 1800’s, celebrate the Lord’s Supper every Sunday and at every meeting of that Church).
Robert Welsh is the ecumenical officer for the Disciples of Christ in the USA, and was one of the 14 delegates from other Christian Churches and Communities at the Synod. He asked Pope Francis to offer a sign of hope and healing during the Jubilee of Mercy beginning Dec. 8, by allowing all Christians to share together in the one Eucharist. 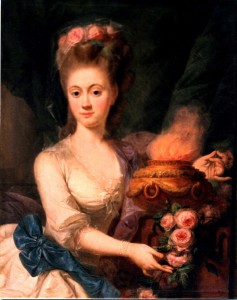 Currently, a Protestant participating in Mass is encouraged to receive Communion if they believe as Catholics do in its importance, and are in need.  But many pastors and bishops ignore this.  As a result, families which are composed of Protestants and Catholics suffer immensely.  They are seriously weakened.

Because of requests such as Welsh’s, the Synod included a paragraph on this challenge.  The 2014 Synod had been silent regarding it, much to the dismay of Interchurch Families.  So when the 2015 document stated “On the question of Eucharistic sharing it is recalled that ‘the decision to admit or not the non-Catholic party to Eucharistic communion should be taken in accordance with prevailing norms, …the sharing of the Eucharist cannot be but exceptional” (#72), many who had worked so hard to have the positive side of Interchurch Families recognized, were hopeful.  Previous statements were not well known; here at last, the problem has been raised and the exceptions recognized.

When Pope Francis visited the Lutheran Church in Rome on Nov. 15, a Lutheran woman married to a Roman Catholic man asked him what she and her husband could do to receive Communion together.  The Pope’s merciful and humorous response attracted much attention (click here for the Catholic News Service account).

As Catholics and Lutherans prepare to celebrate the 500th anniversary of Luther’s posting of his 95 theses in 1517, we may expect much more dialogue to occur about Eucharistic Hospitality, particularly in the Mid-west, where Lutherans are the majority Protestant Church.

May St. Eugene help each of us to search the signs of the times regarding outreach to wounded families, adjusting to families as the prime agent of evangelization, and emphasizing mercy in Eucharistic Hospitality.

You can read more for Fr. Winter’s writings at www.harrywinter.org