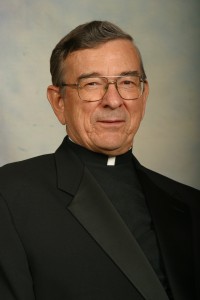 Probably the last persons in the world most of us would consider significant for solving our current environmental catastrophe would be the three Biblical Kings or Wise Men. Yet the grace of the Creator that called those Magi to make their journey seeking a special person coming from the realm of the heavens is a Grace we need today. We can speculate that they quite likely were seeking wisdom for solutions to dire problems in their homeland, otherwise why make such a perilous journey. We have our own dire problems today needing attention and we need the grace of the Creator to call us on a similar journey seeking wisdom and direction. But somehow we need get in touch with the real saga of the Wise Men and not the current fantasized version of their story.

According to the Gospel account their travels ended with a most unexpected conclusion. Surely they must have been expecting to find some kind of sagacious adult person surrounded by the trappings of an exceptional location, but instead they ended at an animal stable with a child lying in the feed manger. Fortunately angelic visitations assured them that the one they found in that humble place was their sought-after personage. And it can be assumed that instead of sophisticated and learned information as they expected, they quite probably experienced powerful inner enrichment of their persons.

We can never know just what were the problems they knew had to be taken care of in their homelands, but they may have been led to accept the truth that their problems were self-inflicted and the solution needed to begin with themselves. It can be assumed that the wisdom bestowed upon them would have set them right on that. And yet they were probably rewarded far beyond what they could have imagined. Let us now situate this story in our own time and set of circumstances.

Let our thoughts turn to Christmas and there is great likelihood one of the images that will come to mind will be of those three astrologers (Magi) mentioned in Matthew’s Gospel and pictured on countless Christmas cards clothed in luxurious robes and usually including their camels decorated in colorful riding harness. Above them will be a stylized likeness of the Christmas star. But clearly that does not begin to fill-out the story of those three travelers and wisdom seekers.

Secular history suggests that they were quite likely learned in the mystical science of the skies typical of the region, and while this left them deficient in scientific knowledge compared to what we know today, they excelled in an intuitive, spiritual openness to Divine inspiration. They intuitively knew what no physical scientist could ever know, namely, the arrival in an obscure village of Judea of a special person bringing much needed gifts for humankind. Following local protocol, they carried reciprocal gifts as they traveled in search of this otherworldly gift giver.

Yet seldom if ever do most of us question what they were looking for that caused them to make such a perilous journey into dangerous territory; and furthermore, what was the effect on those men and on their realm when they got back home. We have given all our attention to the glamor and splendor they bring to the Christmas scene as though that was all the Creator intended for them. Quite likely, in the mind of the Gospel writer they represented the universal human longing for a better world freed from the consequences of political and economic self-interest. They also represent those who care enough about their homeland that they are willing to undertake serious efforts seeking Divinely inspired enlightenment.

The Gospel narrates how they and the family they come upon at that Bethlehem site soon found themselves involved in struggles for survival in this very hostile and treacherous land. The three travelers had to use subterfuge to get out alive from the clutches of murderous King Herod; and likewise the family of Joseph, Mary and Jesus had to flee to Egypt to escape the same fate of death. In our own times we have created our own death traps in the atmosphere and on the surface of the earth from which we desperately seek a way out. In order to gain some insight for our current situation we might do well to pay attention to how they came about to make their perilous journey.

Following what historians say were the intellectual and spiritual practices of that culture, we can assume they studied the stars viewed in the night sky. That is why the Gospels say they were following a star. It was not ignorance or naiveté that led them to this, but a Divinely-inspired spiritual science of the heavens. They were seeking a possible site of Divine beneficence and enlightenment their mystical sciences led them to expect. Contrariwise, because of our advanced sciences, today we tend to look to scientific technologies—our own works—for information and direction. From that resource we do have ample information and expertise to solve our particular problems, but we unfortunately have engendered a culture based on self-serving values rather than community mindedness that seeks a common good for humanity and the earth. Our earth is suffering calamitous disorders probably stemming from the same general roots for which the Wise Men of the Gospel sought a remedy—the effects of our own doings 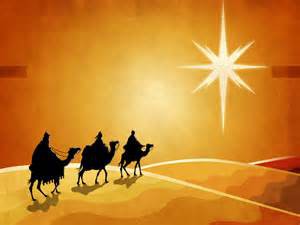 We cannot afford continue to romanticize the three Wise Men of the Christmas story into relative unimportance. We continue searching the heavens, but now with telescopes, all the while expecting that our advanced sophistication should give us what we need to ‘fix’ our ever worsening conditions. Without knowing it, today’s astronomers may well be viewing that very same star light the Gospel astrologers saw, except the blinders of naïve confidence in our scientific expertise has closed our eyes and minds to the inspired inducements that led those Magi on their journey. We study the physical matter of the universe ignorant of the truth that we are peering into the face of the Creator from whence can come the wisdom and vitality we need. We do need the science but more emphatically we need the wisdom of the Wise Men.

The three Wise Men are a source of enlightenment for us today because they were graced or vitalized by the sacred cosmos to make the arduous journey seeking the saving truths their situation called for. We are going to continue stumbling around within this earth garden inflicting untold harm to selves and the garden as long as we remain oblivious to the truth that what we need mostly is an inner vitality to change our way of life. We already possess the necessary know-how to make a difference but seem to be immobilized by a lack of serious resolve. Innermost changes to attitudes and values are always extremely difficult, but the vital gift of grace enabling us to do the hard thing is already implanted within the soil of our souls by way of creation and is awaiting us to harness the camels (our true potentials) and be on our way.

Those three potentates (astrologers, or Kings maybe) probably enjoyed high social status commensurate with their knowledgeable positions, yet were not too proud to admit they needed to seek superior wisdom and knowledge. They were not called Wise Men for nothing. We need give serious thought to the profound purposes and circumstances of their journey so as to get beyond the glamor and romance of their appearance. The very serious and earth-wide circumstances of our current culture-induced problems seem to be keeping us spiritually impotent. Our very souls are in distress.

A comparable Magi fortitude is needed to get us beyond the usual considerations that demand little change in our attitudes to earth and human enterprises. There are plenty of books and resources that can give us what we need to know, but the vitality for an inner journey to a creation-formed conscience will come from a spiritual journey to the ‘face of the Creator’. We need put aside the telescopes for a while and feast our eyes on the wonder of the night sky where there shines a star to guide our way. Actually any star up there will do because they all bear the enlightening stamp of the Creator and shine with Divine illumination for those who realize they need guidance and seek it.

We do well to take the Wise Men of the Gospel story seriously because there is vitalizing energy in any journey story, especially such an epic journey. Their part in the Nativity story was intended to provide more than decoration for a Christmas manger scene. They were present at the crowning event of creation when the long awaited Messiah was born; and through our liturgical celebrations of Christmas we are offered the gifts that enriched them. We constitute a contemporary caravan of citizens of a troubled nation needing to make the crucial spiritual journey into the face of God seeking enlightenment.

If we make the journey, the Creator may lead us also to an unanticipated but supremely efficacious conclusion. Attentive discernment of the truths bestowed on us will be necessary in order that we recognize actual truths amidst an accumulation of long-standing false assumptions. We all too easily believe our thoughts conform to the thoughts of God, but we really need our own thoughts to be cleansed of long held unethical attitudes. “Your thoughts are not my thoughts”, so says the Lord. We will need correctives that might actually seem too radical, too drastic, and seemingly intolerable; but anything less will not be sufficient to initiate the radical changes that are going to be necessary.

Perhaps the camels in the story represent our natural instinctual capacity to make the journey and make the changes. With the assistance of the Divine camel-driver and the spiritual illumination of a guiding star, we will be competent to make the journey and initiate the necessary cultural changes. But first we must recognize the truth that we need make the journey. Even without telescopes and GPS and theological proficiencies the Magi were competent to find the new born Messiah and recognize that genuine Divine truth may well entail the most unexpected conclusions. We do well to think outside the box of our usual theoretical procedures in order to ascertain creation based solutions.

On the natural level the Nativity of Jesus of Nazareth was a creation event. No less creational are the current events surrounding our Christmas celebrations. Christmas Liturgies enrich our lives with all the Heavenly pageantry of singing angels and with the earthly drama of the epic journey of the Magi. Though their spiritual science of the stars they figuratively traversed the universe on their camels to find the One who had been promised not only to the Biblical Hebrew people but to all humankind represented by those three Magi. The same Creator speaks words of peace to all people of good will as we celebrate the awesome events of creation coming to fullness. We are major participants of that creation fullness as we join the caravan of the Magi. We too traverse the path of the universe through our Liturgical celebrations. But there can be no fullness of gifts without recognizing we need to make the journey of the Magi.