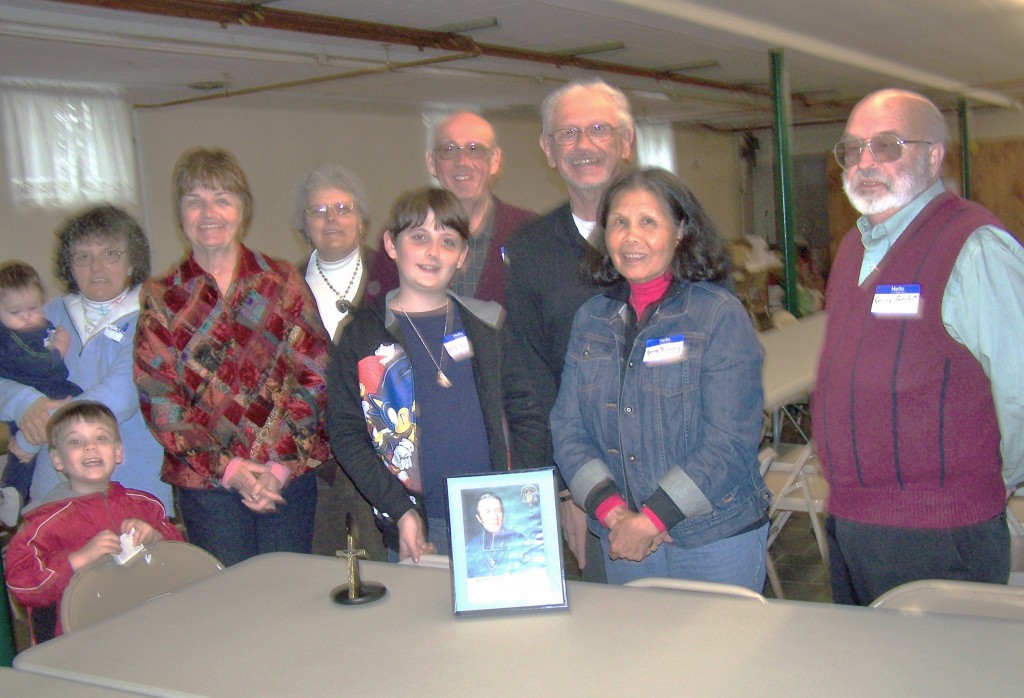 In 1948, to celebrate the twenty-fifth anniversary of the Oblates’ arrival in Northern New Hampshire, Fr. Louis S. Desruisseaux, O.M.I., Superior and Novice Master approached the Administration about establishing a Shrine to Our Lady of Grace for the many graces poured upon the Oblate community since their arrival in 1922.  On October 10, 1948, the Shrine of Our Lady of Grace was formally established.

After sixty-six years, with a Mass of Thanksgiving that attracted over 400 faithful, the Shrine of Our Lady of Grace closed its doors on July 13, 2014.  With the closing of the Shrine ninety-two years of Oblate ministry in the Diocese of Manchester came to an end.  Or did it? 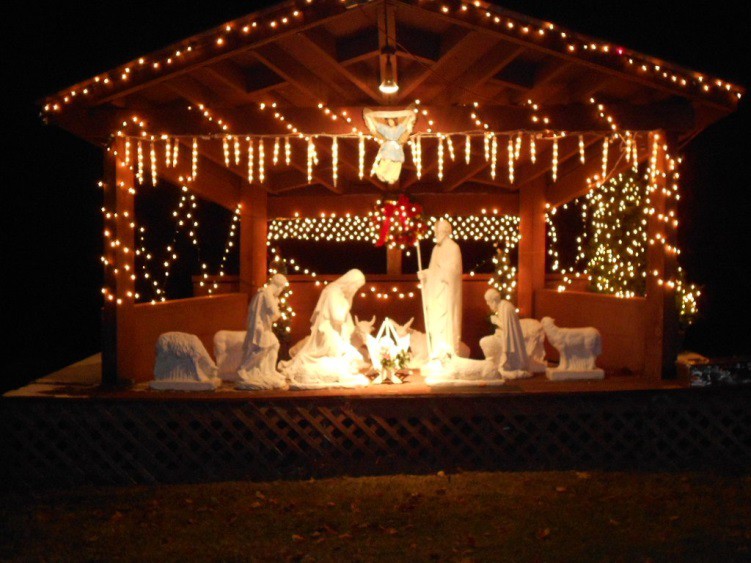 The Oblate Associates spruced up the Shrine’s Nativity Display

Among the newest Oblate Associate groups in the United States Province is the Colebrook Oblate Associates in New Hampshire.  Their beginning brings to mind a line from T.S. Eliot’s Four Quartets:   “…to make an end is to make a beginning.”

The Colebrook Oblate Associates were formed during the summer of 2014 when Br. Richard Cote, O.M.I., Director of the NE Area Mission Office in Lowell, volunteered to assist with the closing of the Oblate Residence and liquidation of the Shrine’s buildings.  One hot summer afternoon after work in the Gift Shop, he approached long-time volunteer and Shrine housekeeper, Louise Dagesee, her husband Larry and son Christian to ask if they would form the nucleus of a new Oblate Associate Group in Colebrook.  After getting a go-ahead from the NE Area Councilor, Fr. James Taggart, OMI, a first meeting was scheduled for December 4, 2014 but had to be cancelled due to a snowstorm.  Br. Richard became their Oblate Advisor and re-scheduled the meeting for December 13 which attracted Diane and George Goulet of Groveton, NH.  Now we could begin in earnest with five members!  Since that initial meeting three other women from the Catholic Women’s Club of North American Martyrs Parish have joined and all are in formation to become Oblate Associates.

As a group project the Associates decided to remove and replace the burned out Christmas lights on the Shrine’s outdoor nativity to the delight of passersby who still come to pray and walk the grounds.  They and others, including a summertime groundskeeper, continue to keep a watchful eye on the property.  It our hope that Our Lady of Grace will soon find a buyer for the property and continue to shower her many graces upon the people of the Great North Woods for years to come.