“A holy hour with the poor” That is the key expression that motivated and set the tone for the day of December 8, 2015, Solemnity of the Immaculate Conception of the Virgin Mary and official launch of the third year of preparation for the bicentenary of the Congregation of the Missionary Oblates of Mary Immaculate in the Cameroon Province.

Indeed, in his letter of last September 8 to the Major Superiors of the Congregation concerning the feast of January 25, 2016, Father General encouraged all Oblates to “connect with the poor in a way that is significant and coherent with our lives.” Thus, touched by the words of the successor of Eugene de Mazenod, Fr. Edward DAGAVOUNANSOU, Provincial Superior of the Oblates in Cameroon, Chad and Nigeria and the members of his council thought of launching the third preparatory year with a holy hour with the poor with their many faces, identified here with the prisoners in the Central Prison in the city of Garoua, northern Cameroon. On the program we had the Eucharistic celebration presided by the vicar provincial, assisted by the vicar general of the archdiocese (an Oblate), a provincial councillor, the provincial treasurer and the provincial secretary. Participating in the Mass were a group of Lay Oblate Associates, some faithful and the prisoners themselves. The animation of the Mass (songs and readings) was assured by the prisoners themselves. After the Lord’s table, everyone went to the table of the Oblates who offered lunch to all the prisoners. Cooking and sharing meals were provided by the lay associates.

It was a real “come and live” experience… moments full of emotion… the Eucharist and the meal: two gestures that were well chosen by the provincial administration to repeat to the prisoners the words of our holy Founder to the poor of the Church of the Madeleine two centuries ago, “You are God’s favourites”. These very same words have actually been inscribed on a picture painted in remembrance of this third preparatory year. 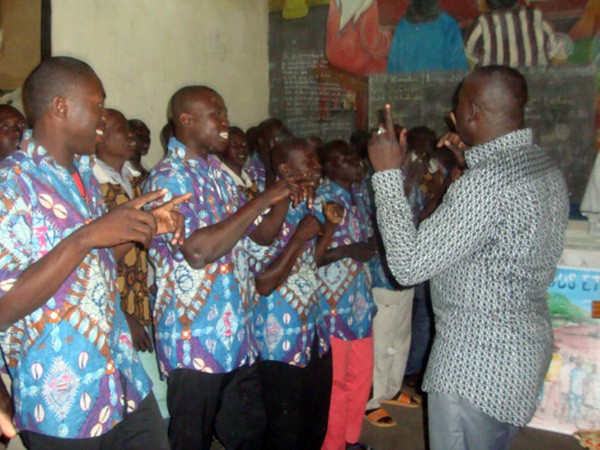 After living this day, it is difficult to find words to express our gratitude: Thank you! Thank you to the Lord for allowing us to realize and experience this event in love, brotherhood and peace. But also thanks to our Father General, Louis LOUGEN, who has been the motivator of this event, through his words that have aroused us to take action. In fact, next year, 2016, the Oblate Cameroon Province turns 70; and yet, this was the first time that the Oblates as a province did something like this. 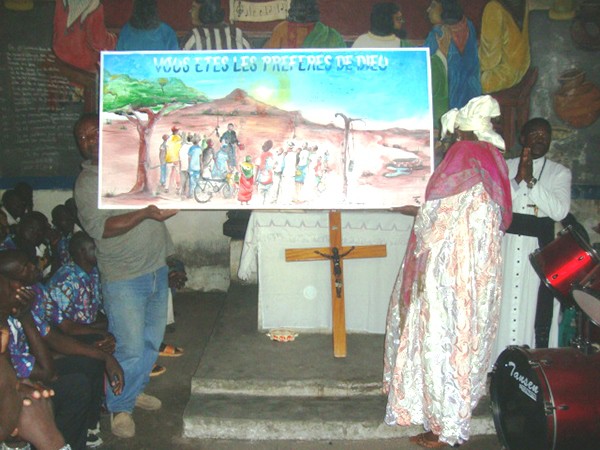 May Mary Immaculate, “Mother and Queen of Mercy”, obtain for each Oblate in our Province the grace to be merciful as our heavenly Father is merciful, so as to be open to other forms of poverty that surround us. For the greater glory of God, the salvation of souls and the good of the Church. Praised be Jesus Christ and Mary Immaculate! (Fr. Yundula AZIZ, provincial secretary)