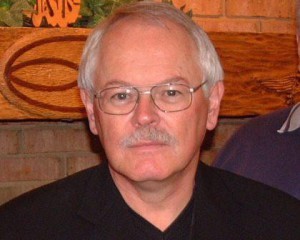 Where we read People magazine and biographies of the rich and famous, my parents used to read about the saints. Butler’s The Lives of the Saints was their Who’s Who.

Recently I am finding myself ever more fascinated by the person and life of Therese of Lisieux—more commonly called the Little Flower. When she died at age 24 in 1897 her Carmelite sisters sent her unpublished diaries to a few other convents, intending to let a small circle of religious women know of her death and a bit about her life.

The rest is history. The manuscripts were leaked to a wider public and, in less than 10 years, printing presses were literally having trouble meeting the demand for her autobiography, her little convent in Lisieux was receiving over 500 letters a day, and people from all over the world were beginning to come on pilgrimage to Lisieux. A hundred years later, little of this has changed.

Why? Because, besides the fact that she is one of the purest mystics that the church has ever produced, there is something about Therese that deeply touches the religious and the romantic imagination of virtually everyone. She is a great mystic, but she also has great mystique.

Therese has an anomalous background and it produced a most extraordinary character. Her life as a child was, in some ways, a tragic one. Her mother got sick at the time of Therese’s birth and was unable to care for her during the crucial first year of her life. She was cared for by a nurse and an aunt.

As a one-year-old she was returned to her mother but, when she was four, her mother died. Therese then chose her older sister, Pauline, to be her new mother. Five years later, though, Pauline entered the convent and as a nine-year-old again she lost a mother.

Shortly after this Therese took ill and almost died. This was triggered by a visit to Pauline. Together with her three other sisters and her father, she had gone to visit Pauline.

After Pauline had spent some time focused on her little sister, she naturally became preoccupied in adult conversation. Left out, in sheer frustration, the little Therese stood right in front of her big sister and, shaking her dress, began to cry.

“You didn’t notice!” cried Therese, “I’m wearing the dress you made me!”

Therese then became disconsolate and on returning home took to bed and for some weeks, despite the best efforts of various doctors and every kind of cajoling by her family, hovered between life and death. Eventually, when all hope has already been lost, she recovered. Such was the tragedy and sensitivity of Therese’s childhood.

Yet, and this is the great anomaly, as a child, Therese was doted on and loved in a way that few children ever are. Her father, her sisters and her extended family considered her their little queen and she was cherished and made to feel extraordinarily precious and unique. Few children ever grow up as sheltered and nurtured in love and affirmation as did Therese.

And her personality bore out the effects of both the tragedy and the love. She had her heavy, dark, withdrawn, otherworldly stoic side. She made easy friends with mortality. Here she was the mystic of darkness, the austere adult, the little girl woman who, wounded early, grew up fast.

But she remained always too the Cinderella, the magical child—who, because she was so loved and graced, developed a vigorous and healthy self-esteem, a confidence and a capacity to love as few others ever have. Doted on, a part of her remained ever the little girl, the puella, the very incarnation of child-likeness, innocence, chastity and gaiety. Only a Therese of Lisieux could end all of her letters with the phrase: I kiss you with my whole heart!

In a soul so formed lies some of her secret and much of her mystique—her unique combination of depth, insight, adult capacity to work at a trans­personal agenda (even as she desperately longs for the tiniest gift from her family) and her child­like freshness that so totally disarms her critics.

A soul so formed, a saint so pathologically complex, has much to offer too to our own generation. She kisses the religious and romantic imagination in a way that very few can.