December, the Center for Applied Research in the Apostolate (CARA) published a report: “Population Trends among Religious Institutes of Men.” For those of us in religious life, there were no large surprises, but the trends are significant for the American Church at large.

Broadly: “The total membership among religious institutes of men has decreased dramatically across the last 45 years, from almost 42,000 in 1970 to fewer than 18,000 in 2015.” In fact, the number of male religious has declined faster than diocesan clergy declined. Diocesan clergy decreased by 30 percent while male religious went down 58 percent. This happened as the number of Catholics in the United States increased from 48 million to 68 million in the same years.”

Among the ten largest institutions, the Jesuits decreased by 70 percent, Benedictines by 47 percent, Maryknoll by 68 percent, Oblates of Mary Immaculate (my order) by 74 percent. In contrast: “About 10 percent of the religious institutes of men listed in The Official Catholic Directory show a net increase in numbers from 1970 to 2015. With one or two exceptions, much of this increase in membership is from international religious institutes of men sending missionaries to the United States, which has bolstered U.S. religious life in a small but notable way.” So there was also a shift away from U.S. vocations. (Obviously there is much more information worth digging into in the whole report.)

The key conclusion is that the decline is “a significant factor that affects U.S. Catholics’ exposure to, and experience with, men religious in their vast array of ministries in the Church.” This is significant because it touches on the very meaning of the Church community, what we are absorbing, often unconsciously, as we participate in community life.

The Church community is a wonderful intercommunion of laity, clergy, and religious. Diminish one and it throws off the interactions among all three states of life in the Church. One great writer on the nature of the Church, Hans Urs von Balthasar said: “As the lay person must not only allow the priestly ministries. . .to become fruitful in him (her), but must also translate them into the truth of his own state, if they are to achieve their purpose in him (her), so he (she) must translate the example and ways of the state of the counsels into his (her) life.” This applies to both male and female religious. (Anecdotal evidence suggests that women religious are in the same boat as male religious, in terms of statistics, and CARA has assembled some data here.) 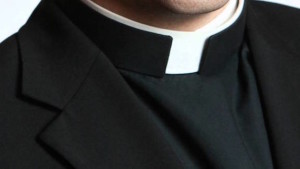 Vatican II spoke of “all those called by God to the practice of the evangelical counsels and who, faithfully responding to the call, undertake to observe the same, bind themselves to the Lord in a special way, following Christ, who chaste and poor (cf. Matt. 8:20; Luke 9:58) redeemed and sanctified men through obedience even to the death.” As exposure to people living the evangelical counsels decreases, either through meeting fewer religious or through meeting fewer orthodox religious, people see the lived life of the counsels less. They “see” the living Jesus less! The community inside the Church and outside the Church loses as a consequence.

This monumental decline has occurred over a span of forty years. It has moved peoples’ experience of Church more towards those of churches who do not have religious. In the process, the Church moves away from its full presence in the world. Bishops and religious superiors have responsibilities in this regard because religious life “undeniably belongs to [the Church’s] life and holiness.” (Vatican II)

The modern history of religious communities is replete with reasons for the decline, but often the written histories don’t cover all the communities or get to grips with the real issues. The Re-formed Jesuits: A History of Changes in Jesuit Formation during the Decade 1965-1975 by Joseph M. Becker, is an example of a good history, which is why it probably ruffled so many feathers. But I have not come across many like it.

Such histories also urgently need to address the trends in theological thinking in the various communities, which have led to decline, rather than the simply descriptive “person X did Y.” Some items that need deeper study:

1. When did thinking develop that separated the mission of the Holy Spirit from the mission of the Son. Internal “inspiration” then ignores obedience to the magisterium and tradition as if they are not relevant. This involves losing the whole meaning of the Incarnation, of the Christ who is being modelled.

2. The complete dropping of the Tradition of the Church or picking a single period of the Tradition and making it absolute. How many religious are only connected to the present? Losing tradition shrinks what it means to be human, and so it isn’t even Christian.

3.Following the secular culture as if it is superior to the Gospel. This involves things like using pagan forms of prayer, separating subjects like “social justice” from its Christian roots, and making passing secular social currents into “urgent” religious agendas. All three ways of thinking let go of the centrality of God’s revelation in Christ in his Church.

Fewer religious, therefore, means less of a chance that: “All the members [of the Church] ought to be molded in the likeness of Him, until Christ be formed in them.”