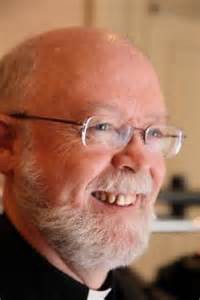 John Paul II’s Vita consecrata is an exhortation on living the life of the “evangelical counsels.” He wrote it after the synod on that subject in 1994, explaining that some people are called “to leave their ordinary lives behind and to enter into a close relationship to [Christ]. It is precisely this special grace of intimacy that, in the consecrated life, makes possible and even demands the total gift of self in the profession of the evangelical counsels. The counsels, more than a simple renunciation, are a specific acceptance of the mystery of Christ, lived within the Church.”

The pope presented the issue in its proper Christological context rather than the more cartoon–like idea of mere renunciation. The three points he identifies repeatedly recur in the Church: The leaving of ordinary life (poverty), the grace of intimacy with Christ (chastity), and the total gift-of-self (obedience).

To lay out the teaching, John Paul II pointed to the visibility of the life of the counsels. Our sainted phenomenologist pope was more than usually conscious of the experiential aspects of intersubjectivity. It involves the many dimensions of the experience of what we call perception in faith. So: “By the profession of the evangelical counsels the characteristic features of Jesus – the chaste, poor and obedient one – are made constantly ‘visible’ in the midst of the world and the eyes of the faithful are directed towards the mystery of the Kingdom of God already at work in history, even as it awaits its full realization in heaven.”

Visibility first means participating in the amazing but often–discounted history of the organizations of consecrated life. These are a “permanent element in the history of the Church: the host of founders and foundresses, of holy men and women who chose Christ by radically following the Gospel and by serving their brothers and sisters, especially the poor and the outcast. Such service is itself a sign of how the consecrated life manifests the organic unity of the commandment of love, in the inseparable link between love of God and love of neighbor.” One’s circumstances in history are crucial to successful humanity. Faithfulness relies on conscious participation in a particular history. Religious can notably demonstrate that.

This also has a historical value: creation of community specifically where “by constantly promoting fraternal love, also in the form of common life, the consecrated life has shown that sharing in the Trinitarian communion can change human relationships and create a new type of solidarity.” Such communion differs mightily from a men’s or women’s club, which is all the culture offers. Some families could learn a lot from seeing real communion of life in action. (Not that some religious don’t need to learn the same thing.)

Furthermore: “In community life, the power of the Holy Spirit at work in one individual passes at the same time to all. Here not only does each enjoy his own gift, but makes it abound by sharing it with others; and each one enjoys the fruits of the other’s gift as if they were his own.” That power also needs embodiment in families, neighborhoods, and nations, which languish for want of it.

Then there are the specific counsels: obedience is fundamental because obedience in the Church is “practiced in imitation of Christ, whose food was to do the Father’s will (cf. Jn 4:34).” This is transcendent freedom rather than freedom as an end in itself (the disastrous misunderstanding of freedom that shapes much of the modern world).

Practically, this entails obedience to natural law – and consequently opposing abortion (sadly, most religious support abortion when voting). It means obedience to Christ and his Church, as the Leadership Conference of Women Religious discovered recently when they were told that their publications “will be reviewed by competent theologians, as a means of safeguarding the theological integrity of the Conference.”(Joint Report) Obedience involves coming to “one mind”(Romans 15:6), which leads to integrity in grasping the one revelation of God.

This totally gainsays the popular ideology of following one’s heart. Even a husband and wife, for example, could be obedient to the same higher order concept of family and marriage.

Poverty: genuine poverty illustrates reliance on supernatural sources for the full meaning of life rather than having a private life of restaurants and fine brandy. Fun gets defined differently. It is the joy of fullness of life in Christ rather than through having “escapes”: “God is man’s only real treasure.” (JPII) Tragically, the image of poverty is constantly being polluted because the “Church is so firmly entrenched in world history as to become part and parcel of it.”(von Balthasar) Clergy and laity can learn from genuine religious poverty and from seeing this pollution.

Finally, there is chastity. A chaste life leads to an ongoing “education which involves training in chastity as a virtue which fosters personal maturity and makes one capable of respecting the ‘spousal’ meaning of the body.”(Gospel of Life) The chaste show men and women that chaste single lives and chaste married lives are possible – and worthy. Both heterosexual and homosexual religious will have difficulty with chastity and interpersonal relationships, if they are immature. The culture of extended adolescence spoils many.

In sum then, the visible counsels are where “the mere existence of the just man assigns the sinner to his rightful place.” (von Balthasar) That’s real, efficacious visibil