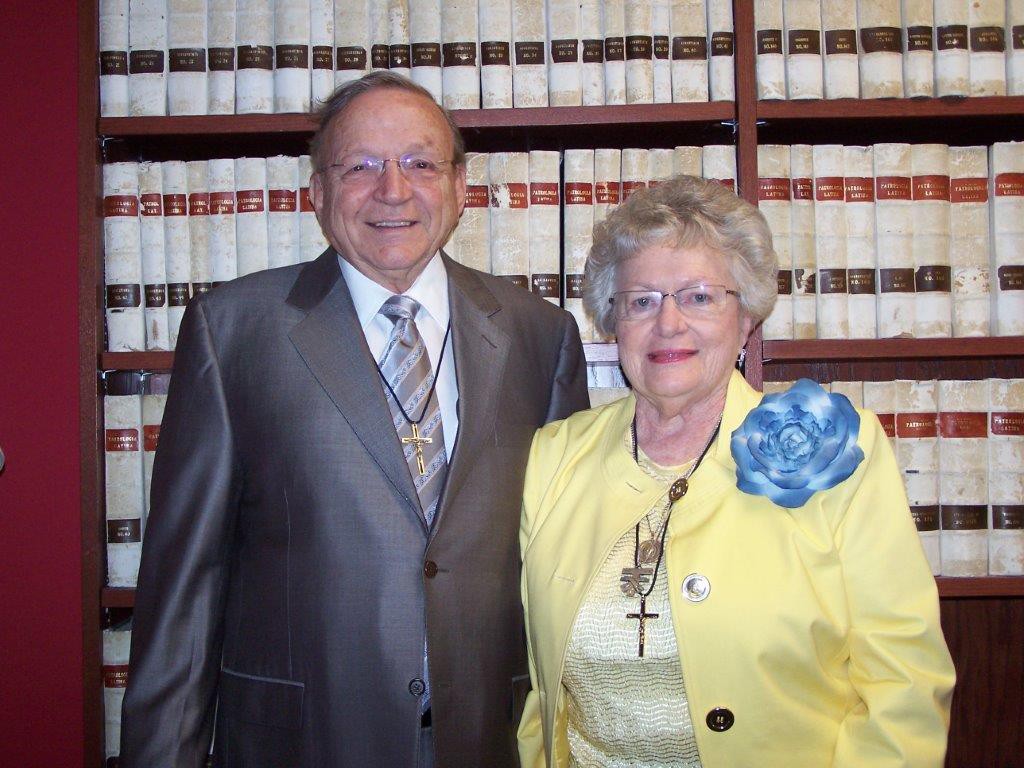 Honorary doctorates are to be conferred on Monsignor Lawrence J. Stuebben, who has ably fulfilled a wide variety of top-level administrative responsibilities in the Archdiocese of San Antonio during his 50 years of ministry; and Sister Mary Catherine Hilkert, OP, a professor of systematic theology at the University of Notre Dame and author of Naming Grace:Preaching and the Sacramental Imagination; Speaking With Authority:Catherine of Siena and the Voices of Women Today; and The Practice of the Reign of God: An Introduction to the Theology of Edward Schillebeeckx. These honors will be conferred Friday, May 6, during OST’s Commencement in the Immaculate Conception Memorial Chapel.

The OST Medal of Honor is to recognize an individual who has made a unique, important and sustained contribution of service to the OST community. It is to be seen as the highest honor, parallel to an honorary doctorate, which OST can bestow. The honorary doctorate is understood to be awarded to someone who has contributed outstanding service to the church, civic or academic community.

Both Kusenbergers grew up with the Missionary Oblates of Mary Immaculate at Sacred Heart Parish in Del Rio. Robert Kusenberger entered the Oblates’ St. Anthony High School Seminary in 1957, then spent six years in priestly formation there and at Pine Hills in Pass Christian, Miss. He later left the seminary, but said, “I never left the Oblates.”  Indeed, the Kusenbergers’ close friendship with Father Bill Morell, OMI, a former Oblate provincial and president of OST, drew them both ever closer to the School and to the Oblate congregation.

Deacon Kusenberger was one of the first non-Oblates to serve on the OST Board of Trustees and is one of the longest-serving OST Trustees, having begun in 1982 and continued through the present  except for a brief hiatus in the mid-1980s. Mrs.Kusenberger steadfastly supported him in that, as well as in his work on the boards of the Oblate Missionary Society Inc.  and the Oblates’ United States Provincial Finance Council. Her understanding, encouragement, participation and cooperation have allowed Bob to be heavily involved in volunteer service to the Oblates, and particularly to OST.

Both Kusenbergers have been actively involved in the life of the School, participating in many galas, milestone celebrations and even daily liturgies through the years. Both were declared Honorary Oblates of Mary Immaculate in 2011.  Their dedication to assisting in fulfillment of the Oblates’ mission has been consistently above and beyond what has been asked of them.