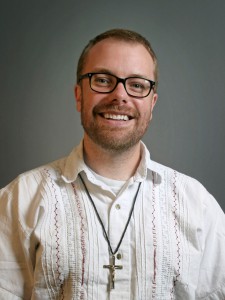 Br. Jason Rossignol, OMI  has been very busy this year: in addition to his regular duties at the Mission Center in Brownsville, Texas, he’s been appointed by the Superior General to two committees which required two trips across the pond, with another coming up in September when he’s a delegate at the Oblate General Chapter in Rome.

In February, Br. Jason joined Oblate Brothers from the other four Oblate regions for a meeting of the General Committee of Oblate Brothers in Aix-en-Provence, France.  This is an advisory committee to the Superior General who also appoints the members. Each of the Oblate Regions: Africa-Madagascar, Asia-Oceania, Latin America, Europe, and Canada-USA are represented.

According to Br. Jason, “Basically we just sort of look out for the needs of the brothers in the congregation. This past meeting we were preparing for the general chapter… if there is something we need to present. One of the things we ended up doing was exploring the Papal document, “The Identity of the Religious Brother,” which is actually a very rich document.  The basic principle is that as a religious congregation we need to have brothers, otherwise we’re not really, truly religious. We’ll present a hard copy to all the Fathers at the chapter.”

He finds that the needs expressed by brothers from around the world are very similar and with a chuckle he adds, “We’re trying to get away from the mentality of, ‘you ordain the smart ones and the dumb ones stay as brothers.’” 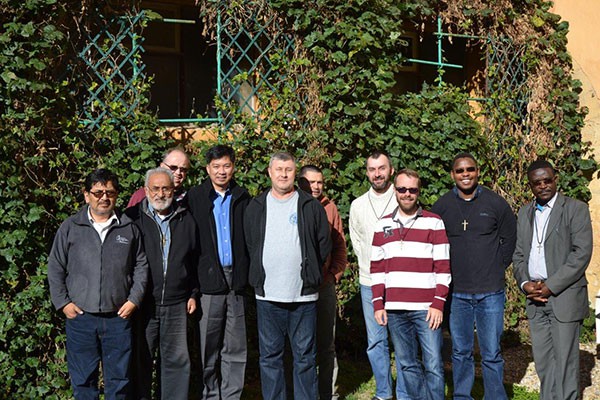 Br. Jason (third from right) at the Oblate Brothers Meeting in Aix

Brother Jason’s other trip to Aix this year was to participate in the General Administration’s second Youth Congress (the first was in 2008) which included five delegates from each of the Oblate Regions and is designed to provide focus for youth ministry within the congregation.

Of the Youth Congress, Br. Jason said, “One of the themes is that we don’t want to say we’re doing ministry for youth, or to youth, we want to talk more about doing ministry with youth.” “It’s a way to say, ‘you are the Church of tomorrow and we need you.’” He says the congress  looked at youth ministry through a collaborative model rather than a top-down model. 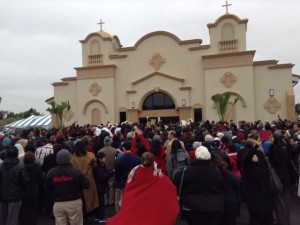 One of the recommendations the Youth Congress will make at the General Chapter is to establish some kind of “Youth Associates group,” he said the proposal is very preliminary and will have to be fleshed out over time.

When Br. Jason hits the ground back in Brownsville, TX., he resumes his duties as Coordinator of Liturgical Ministries which include six choirs, the Eucharistic ministers, ushers, and lectors. Plus, he also coordinates the youth programs at St. Eugene Parish. Some 60 young people participate as altar servers while others are involved in two youth choirs and a liturgical dance group.

Recently, Br. Jason has instituted a group of Jr. Oblate Associates, which he describes as a “pilot program.” He says, “It’s interesting to see them discern, they’re still discovering their identity.”

For the past year the young people have been selling raffle tickets, cupcakes, etc., to raise funds to send nine of them to World Youth Day. The group will attend the Oblate WYD as well as the main event in Krakow, Poland. 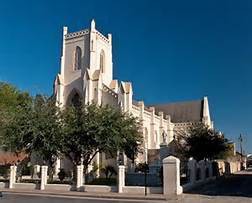 Finally, the Oblate Community in Brownsville is a designated “Mission Center,” the focus of which is still under discernment: “As a new Mission Center we’re still exploring what that will look like.  A lot of the ministry we do is based off the two parish platforms we have but there is a lot of outreach that we do as well, “ said Br. Jason.

One area of outreach is to the 300 + families in the parish who are undocumented:  What do they need from the parish? “First of all, they need our presence. We also are very involved in community organizing; we help them get in touch with the organizers who know a lot about resources, the rights of the undocumented, etc. We try to keep abreast of changes in the immigration laws so that we can help them.”

The Oblate parishes in Brownsville: The Immaculate Conception Cathedral and St. Eugene’s are on opposite ends of town, so the Oblates of the Mission Center live in two different locations. Nevertheless, community gatherings for prayer and support remain a priority and Br. Jason appreciates the time to renew with his Oblate brothers, “Fr. Mike Amesse, our superior, is a great animator; he makes sure we get together at least once a week for prayer and a meal, usually we try for two. We also have a several day retreat once a year as a community.”