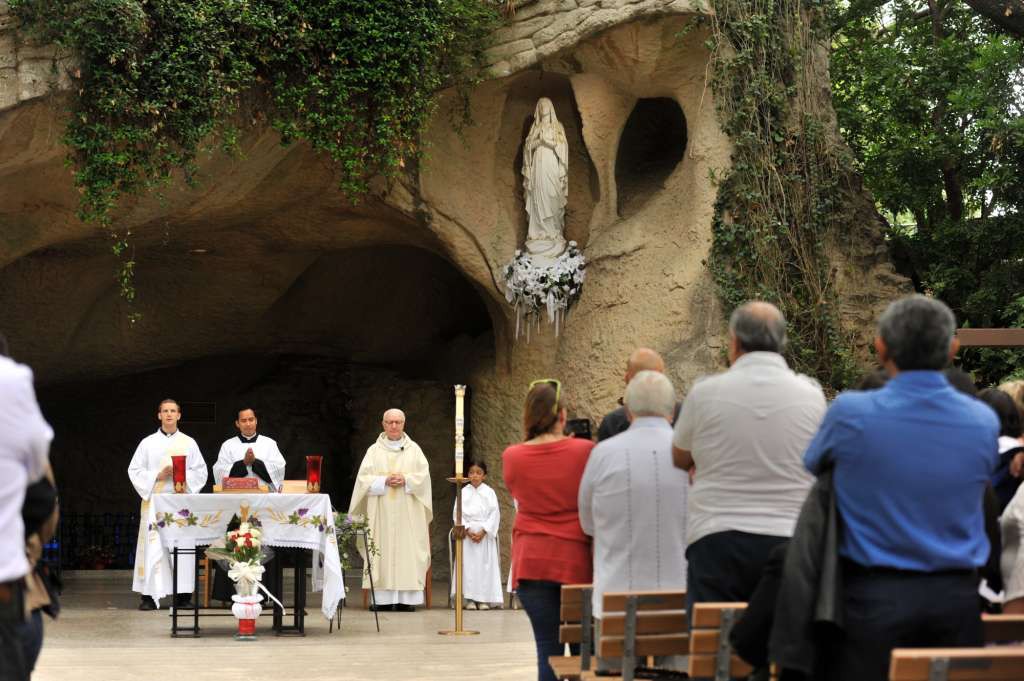 Alicia Garcia has been coming to the grounds of Our Lady of Lourdes Grotto for years.

“I love how green and peaceful it is here,” she said.

On Sunday morning, the grotto was peaceful, but anything but quiet as about 1,000 people gathered, despite the rain, to celebrate Mother’s Day with a special Mass by the Oblate Missions.

Many smiled as Father Saturnino Lajo, leading the service, recited a special blessing for mothers.

“I like to take this day to be grateful for blessings from God, because one of the biggest ones is my mother,” said Ana Perez.

Lajo said the Mother’s Day Mass tradition began with the grotto, dedicated in 1941, but in the beginning it was celebrated only in English. Now it is celebrated in English and Spanish.

“We started the Mass in Spanish about 35 years ago and now the grotto is a center for the Hispanic families, the Hispanic community,” he said.

The grounds bring together two accounts of visitations by the Virgin Mary, one from 19th century France and the other from 16th century Mexico, both to young peasants. The grotto was shaped from reinforced concrete to look like the cave in which the Virgin Mary is said to have appeared to St. Bernadette, a 14-year-old peasant girl, in Lourdes, France.