Early each morning, before the sun rises over the mountains in central Mindanao, FatherJonathan DOMINGO enters a nondescript building in Cotabato City’s Sinsuat Avenue and begins the day’s broadcasts by DXMS, a commercial radio station run by the Oblates of Mary Immaculate congregation.

The priest says radio is one of the best ways to preach the Gospel to the poor “without being preachy or churchy.” He says preaching the word of God doesn’t mean reading the Bible or the Gospel on the air. 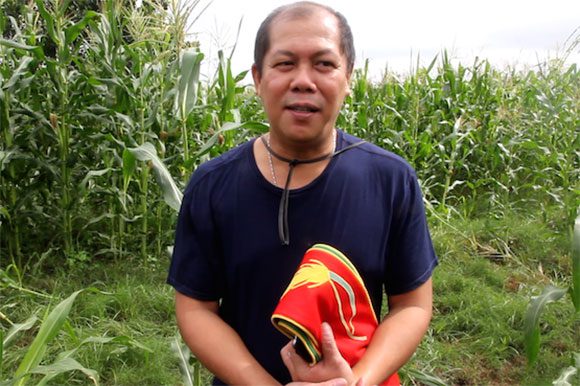 Fr. Jonathan Domingo visits the site of a military encounter that killed 44 police commandos in Maguindanao province in 2015. (Photo by Jimmy Domingo)

In the Philippines, radio has the biggest audience among all the mass media. It is a thriving industry with about 1,000 radio stations broadcasting. It’s estimated that nine out of 10 households owns a radio set.

“Preaching to the poor means giving them relevant information that affects their lives,” says Father Domingo, who runs the oldest Catholic radio station in the Philippines, which has been broadcasting since the 1930’s.

DXMS and the seven other radio stations operated by Oblate missionaries “follow the teachings of the Church” and promote nonviolent solutions to social and political conflicts especially in the southern part of the country, the priest says.

In the aftermath of a violent dispersal of protesting farmers and tribal people in Kidapawan City on April 1, the Philippine media was full of contradicting reports of who was to blame for the death of at least three protesters and the wounding of several others. The protesters had blockaded a major highway in Cotabato province to demand government assistance to alleviate the effects of an ongoing drought in the region. Instead of joining in the “blame game,” Father Domingo and his reporters at DXMS looked for answers in the outskirts of the city. The priest went to a village in nearby Arakan town where most of the protesters came from.

“More than a journalist, I am a priest,” he says. “We have to look behind the headlines, we examine the causes of poverty, hunger, and landlessness. We are missionaries,” he says, adding that the two-hour drive to Arakan reminded him of the challenge he accepted when he entered the priesthood. 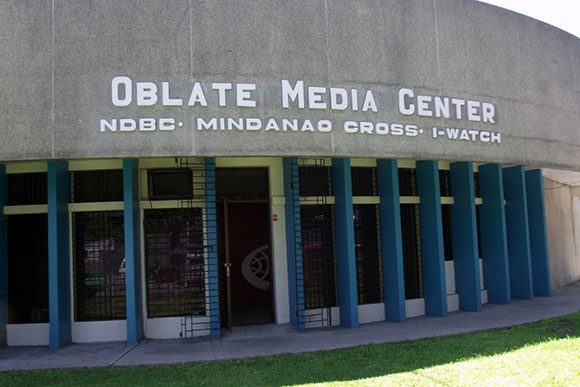 In 2009, months after 58 people, 34 of whom were journalists, were massacred in Maguindanao province, Father Domingo joined a group of media people visiting the site for a follow-up story. “When I saw the place, I forgot about the story and just said my prayers,” says the priest. He said he took out his stole and led an interfaith prayer with a Muslim imam and a Protestant pastor.

“My being a journalist does not hinder me and my mission as a priest,” he says. “The media should be guided by an apostolic vision and a missionary way of life to become a voice of the poor.”

Father Domingo started his media work in 2002 when his congregation assigned him to manage the Oblates’ radio stations in the southernmost provinces of Sulu and Tawi-Tawi where only 3 percent of the population is Christian.

“The difference in religion is never a hindrance,” says Babylyn Kano Omar, a Muslim woman who runs DXGD, another Oblates AM station in the town of Bongao in Tawi-Tawi. “Father Jonathan believes that regardless of faith, gender or race, a person with a heart for news and compassion for the poor can be a part of DXGD,” she says.

During six years in Sulu and Tawi-Tawi, Father Domingo brought together Muslims and Christians to work for a single goal: to present stories of people to the public irrespective of religion and culture.

The priest says he wants to continue the legacy of the congregation in the media ministry. Even before Vatican II came out with the Decree on Special Communications in the mid-1960’s, the Oblates in the Philippines were already involved in the mass media ministry when it took over the publication of the Philippine Commonwealth, a national Catholic weekly, after the Second World War. In 1948, the missionaries started The Mindanao Cross, a Catholic newspaper for Cotabato province. With its expansion and the acquisition of modern machines and the introduction of high-quality printing services, the newspaper has become one of the region’s major publications. In 1985, the Oblates acquired DXMS from the Cotabato Archdiocese and placed the station under the umbrella of their Notre Dame Broadcasting Corporation where it has helped build the network’s competitive strength: regional networking. (http://www.ucanews.com/ )