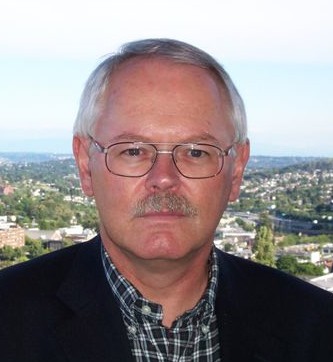 Today, for the main part, most of us live in chronic depression. This is not clinical depression so it’s not as if we need professional help or therapy, it’s just that there is within our lives precious little in terms of delight.

We live and breathe within a culture and a church that are growing daily in sophistication, adultness and criticalness. This is not always a bad thing, but it is helping to spawn a polarization, anger and despondency that is making it almost unfashionable to be happy.

Much of this despondency has constellated around two centres, women’s anger and men’s grief.

As women touch gender issues, normally anger follows, much like smoke follows from fire. There is already within the popular mind the stereotype of the angry feminist. It’s more than a stereotype. Many women who get in touch with gender issues do, in fact, get angry.

Interestingly, when men today touch their own gender issues, as they are doing today in men’s circles, they have their own stereotypical reaction. They become sad and begin to grieve; so much so that today there is a new stereotype emerging within the popular mind that parallels the image of the anger feminist, namely, the grieving male.

Recently I addressed a national conference of Catholic journalists and tried to make the point that, as a Catholic press, we must address this despondency.

After my talk, I was challenged by a woman, a former teaching colleague and a longtime friend, who said to me: “Yes, I am angry, and so are many other women. But you make you anger sound like something hard and calloused—while you make men’s grief sound like something soft and sensitive. Is that really fair? Are they really that different? Isn’t anger, in the end, just another form of grief?”

I was thankful for her challenge because, for the main part, she is right—anger and grief are not that different. On the surface, they appear antithetical, oil and vinegar, but examined more closely, most of the time they are expressions of the same thing, love that’s been wounded and yearns for reconciliation.

The deeper the love, the deeper will be the anger and hatred if the love is wounded or betrayed. Anger and hatred, initially at least, are almost always a sure sign of love. They are love’s grief. Most anger, in the end, is a form of grief . . . just as most grief, when boiled down to its essentials, is a form of anger.

Let me try to explain this, using anger. Grief has identical parallels.

First, it does not distort. Good anger does not let hurt blind one to what was good in the past so as to allow a revisionist distortion of the truth. Honest anger is real anger, it feels and points out what is wrong, but it doesn’t, on that account, lie about what is and what was good. It lets the good remain good.

Second, it is not rage. There is a big difference between honest anger and rage. Despite its rather coarse surface and its painful disturbing of the peace, honest anger, in the end, seeks to build up, to bring to a new wholeness, to reconcile something that is felt as fractured or broken. It is a disruptive means towards a good end.

Rage, by contrast, wants only to bring down, to break apart, to utterly destroy. Its wound is so deep that there is no more desire for unity and reconciliation. The clearest expression of this is murder/suicide, the case where the wounded lover kills his lost love and then kills himself.

Finally, honest anger, has a time limit, it is not forever. It howls and wails for “40 days,” the length of time needed, and then it moves on, to the promised land. Honest anger never sees itself as an end, a substitute for the lost love.

It does not make an ideology of itself (“I am unhappy . . . and I have every right to be!”). Like the Israelites in the desert, like a pining lover, its every energy seeks for the road beyond, the way out, reconciliation, an embrace which heals the fracture.

Honest grief follows the same rules—and these are important rules for all of us, women and men, who desire to move beyond the present divisions to a new embrace.