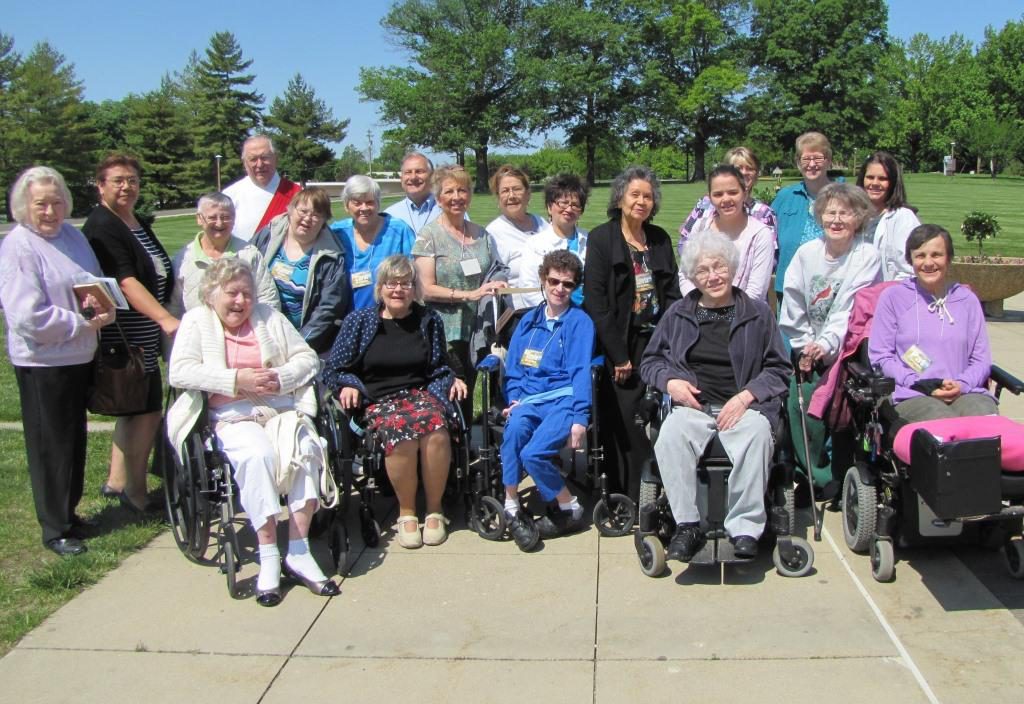 More than 30 people came from several states to attend the 34th Annual National Conference of the Victorious Missionaries and to celebrate the 52nd Anniversary of the Founding of the Ministry by the late Fr. John Maronic, OMI. The three–day event was held May 13-15, at the National Shrine of Our Lady of the Snows in Belleville, Illinois.

The conference was planned and coordinated by National Director, Brother Tom Ruhmann, OMI and his assistant, Bette Meyer, who both spent a good deal of time shuttling people back and forth from the airport. (Brother Tom valiantly stayed up til 2:30 AM Saturday morning in order to pick up the last arriving VM.) In addition to Bro. Tom and Ms. Meyer, Oblate Novices came down from Godfrey, Illinois to offer their help in making the event a success. 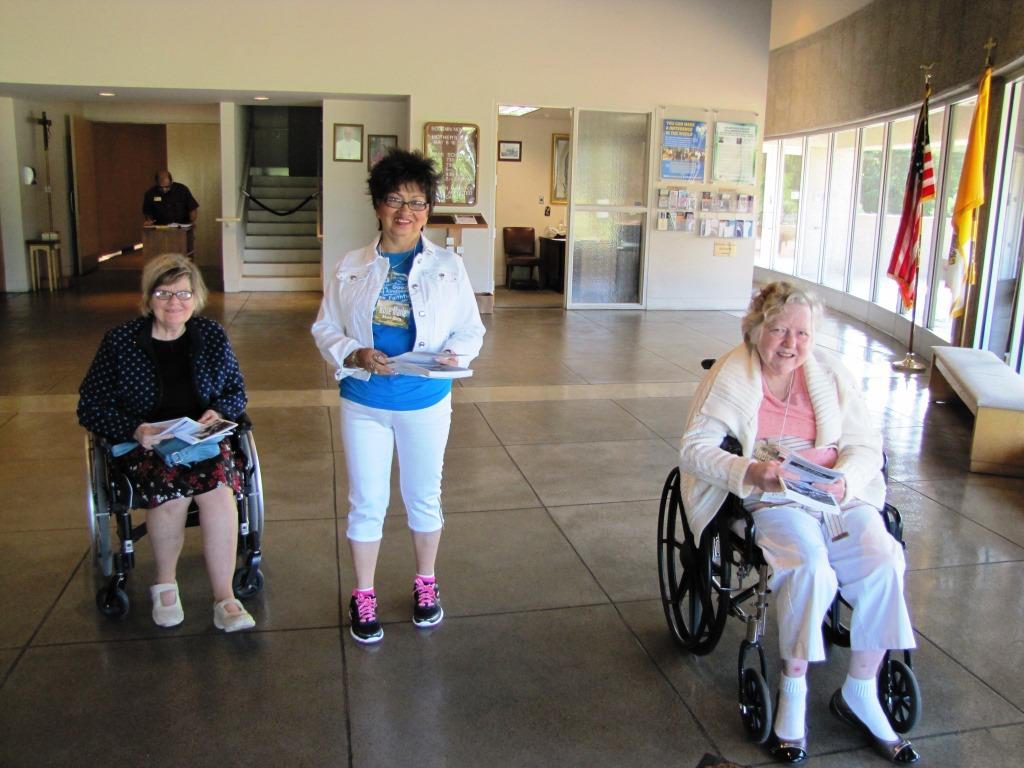 After holding their business meeting on Friday evening, Saturday’s highlight was a special presentation on the theme, “Forgiveness, the Pathway to Wholeness” by Rev. Bob Molsberry, Interim Pastor of the Peace United Church of Christ in Webster Groves, MO. 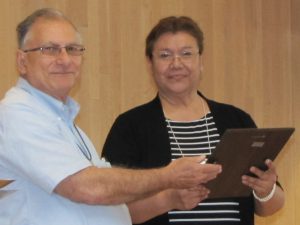 The event was capped off with a special Mass on Sunday at the Church of Our Lady of the Snows at which Fr. David Uribe, OMI presided. After the Mass, Bro. Tom Ruhmann took the podium to present the 24th John Maronic Achievement Award which is presented in recognition of outstanding achievement by a member of the Victorious Missionaries.

This year’s recipient is Debra Delgato Thomas from St. Louis, MO. Ms. Thomas has long dealt with Bi-Polar Disorder and according to Brother Tom, “The award was presented to her because of her struggle to regain control of her life and the work she has done in helping others to deal with it in their lives.” After a lengthy round of applause the VM’s enjoyed a hearty brunch at the Shrine Restaurant before heading home. 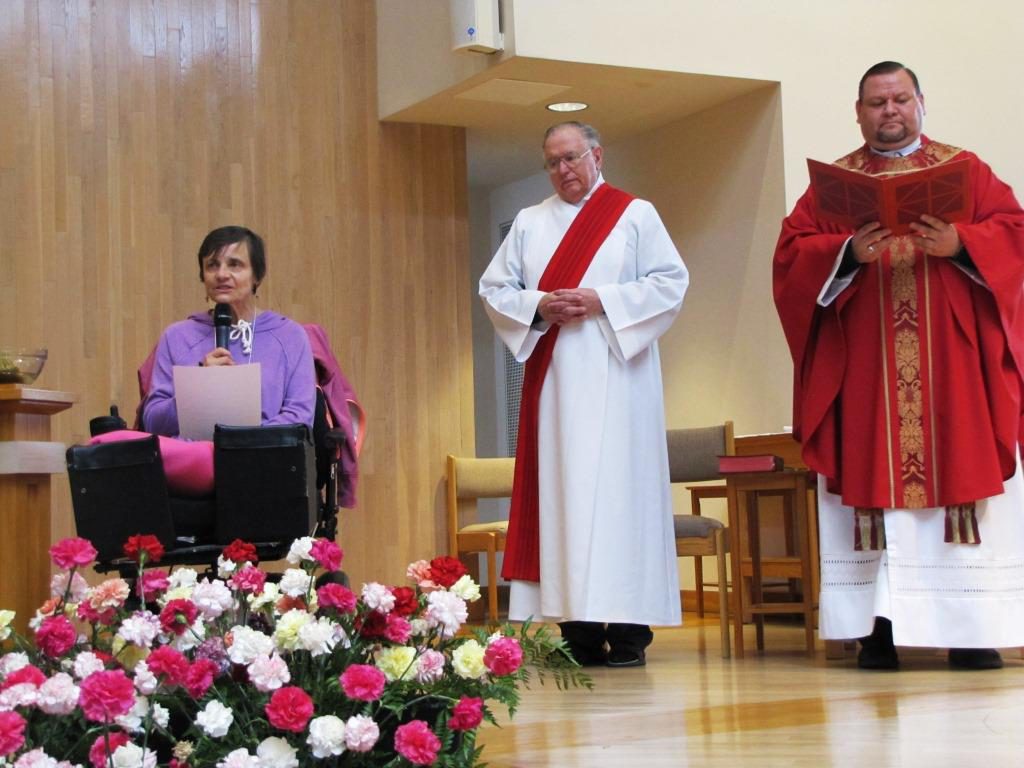 In this photo, Pat Fronzaglia of Erie, PA.  reads the intercessions, Deacon Dennis Kapsiak of Buffalo, NY is in the center and Fr. David Uribe, OMI is on the right

Founded by the late Fr. John Maronic, OMI in 1964, the Victorious Missionaries are comprised of a diverse group – laity and religious, women and men, of all ages. There are now six chapters throughout the United States meeting regularly for spiritual growth, renewal, and fellowship. Members also take part in retreats and are called to a personal prayer ministry.

For more information about the Victorious Missionaries, contact Bette Meyer: 618-394-6281 or by email, bette.meyer@oblatesusa.org