Group photo outside the main house at the Oblate Novitiate in Godfrey, Illinois

According to Geri Furmanek, National Director of Oblate Associates for the U.S. Province, the emphasis of the gathering was, “To build community.” “It’s not just focused on input, it’s the participation of the individuals in the details of the meeting,  the downtime during breaks, when people share a cup of tea or coffee and get to know each other, pray together… these elements are just as essential as the input.”

Dinner at the Apt. Community of the Shrine of Our Lady of the Snows

It all began Thursday evening with prayer and the reading of a message of welcome from the Superior General, Fr. Louis Lougen, OMI. Then it was off to the Apartment Community at the Shrine of Our Lady of the Snows for a festive buffet dinner prepared by Chef Todd Schrage and the staff of the Apartment Community for the gathering as well as the 23 local Oblates who joined the Associates for good food and conversation.

After a day of presentations on Friday, the Associates boarded a bus on Saturday morning for the 40-mile trip north to Godfrey, Illinois and a visit to the Oblate Novitiate. The Associates enjoyed the hospitality of the Oblate Novice Masters, Fathers Tom Horan, Jack Lau, and Rudy Nowakowski. They also relished hearing from the Novices: Amila Perera, Steven Montez, Paul Arulanantham, Jean Emmanuel Meloncourt, and Joshua Nash each told the group a bit about themselves and how they decided to enter Oblate formation. After lunch the Associates, Novices, and Oblates socialized while experiencing tours of the Novitiate grounds and the spectacular views of the Mississippi River.

The formal part of the program included presentations from Fr. Frank Santucci, National Director, Geri Furmanek, and by Associates (known as Friends of St. Eugene) from the Anglo-Irish Province in the U.K. 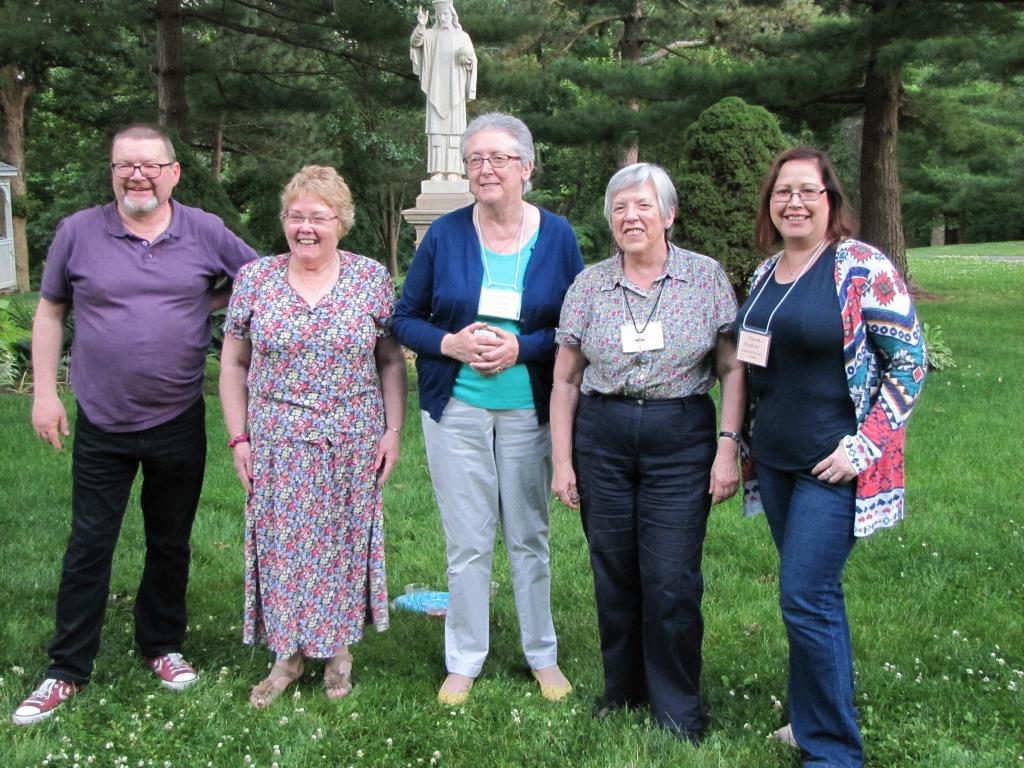 Fr. Santucci’s presentation was inspired by St. Eugene’s deathbed admonition to the Oblates: “Among Yourselves, practice charity, charity, charity…” Fr. Santucci focused on strengthening our Associate community by being the opened arms of the savior to one another, which then leads us into mission which is bringing those most abandoned to the opened arms of the savior.

Geri Furmanek’s presentation, “Oblate Associates: Ministers of Mercy” focused on how as Associates, we are powerless over our lives and over each other. That control rests in God’s hands and that’s the right place for it because God loves us unconditionally.

During this presentation, the five “Friends of St. Eugene” from the U.K., Bro. Michael Moore, OMI, Dawn Benbow, Kirk Jacob, Veronica Conlon and Mary Tyrell talked about how the charism continues to grow even where Oblates no longer serve in their province which has experienced much consolidation in the past decade.

The experience of the “Friends” proved useful to U.S. Associates who have recently had similar experiences in Florida, California, Virginia, and Massachusetts parishes where  Oblates no longer serve. There are even Associates in Nevada and Washington who successfully promote the charism in places where Oblates have never served. 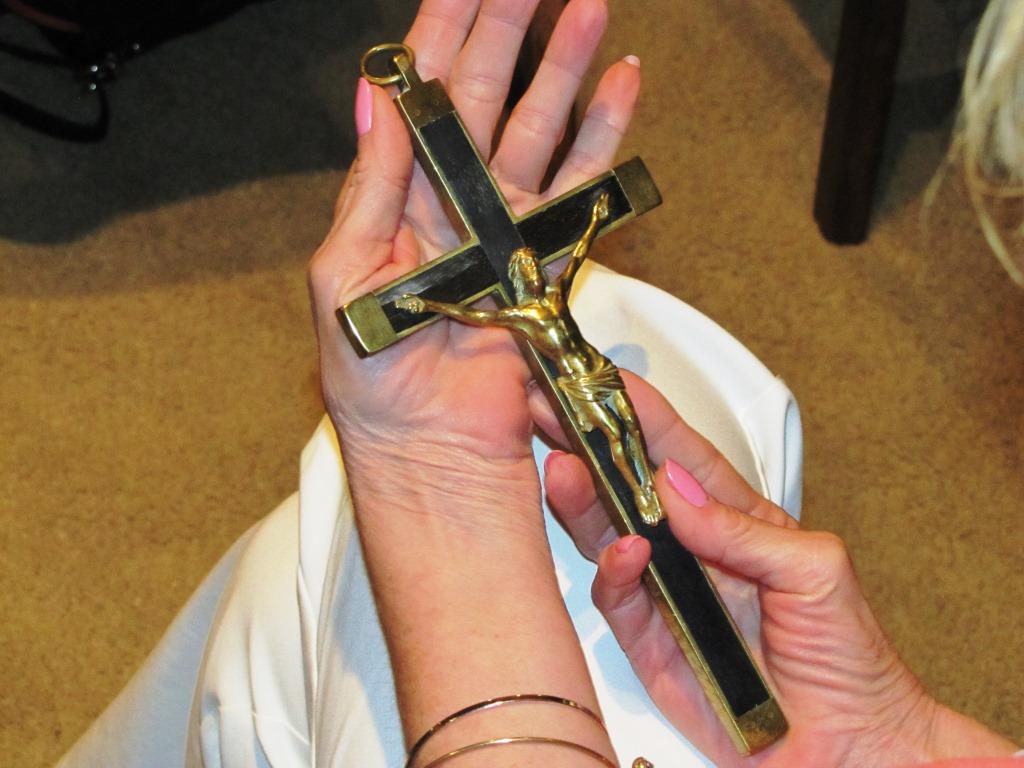 Saturday ended with a Mass celebrated by U.S. Provincial, Fr. William Antone, followed by a symbolic signing of a copy of the original Mission Document signed by the first five Oblates in 1816. Then, an Oblate Cross was passed from person-to-person, with each taking a moment to meditate on the Cross which once belonged to an Oblate.  Houston Associate, Joseph Cipolla found this especially meaningful, “…it was the realization that the “simple cross” is the heart of the life of an Oblate…then holding the priest’s cross and offering prayer at the final meeting in the chapel. That “large “simple cross,” which I knew had a history of Oblates who carried it…having of that history in my hands was priceless.'”

Finally, The Associates were delighted with the parting gift of a St. Eugene de Mazenod Rosary presented by Geri Furmanek to all attendees.

The gracious King’s House staff provided a hearty Sunday brunch before the various groups headed for home, refreshed and renewed in their commitment to live and foster the charism of St. Eugene de Mazenod in their own communities. 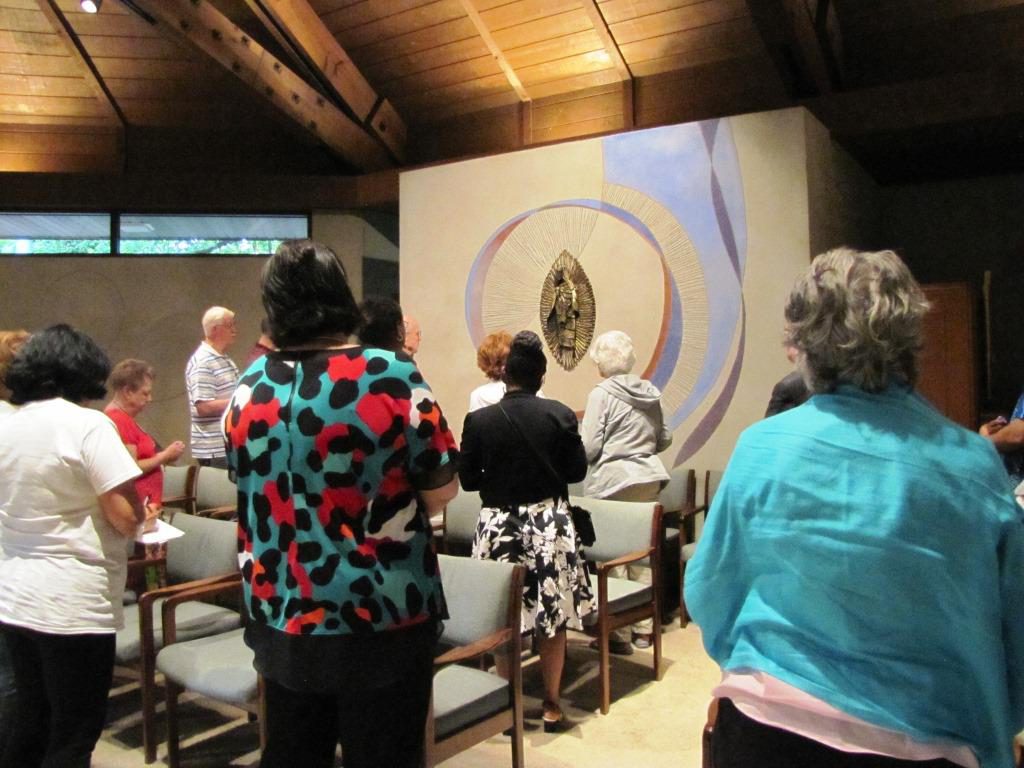 At the end of the ceremony, Oblates and Associates faced the image of the Blessed Mother to sing “Salve Regina”