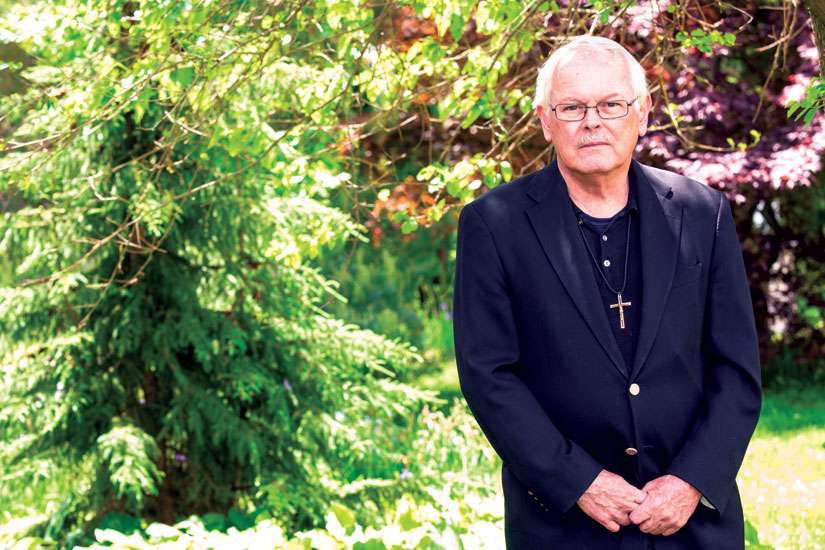 TORONTO – Fr. Ron Rolheiser’s next book will be about death.

Five years ago the popular newspaper columnist, book author, theologian and university administrator was diagnosed with colon cancer. It was caught early. A six-month round of chemotherapy seemed to knock it out. But two years ago it came back. Now there are chemo pills every day and check-ups every six months.

At 68 he remembers taking his health for granted through his younger years. Now he goes to the doctor twice each year and he appreciates what cancer is teaching him — how life is precious and worthy of his gratitude.

But Rolheiser didn’t decide to write about death while sitting in the doctor’s waiting room. He’s not writing about his personal experience.That’s not his style.

He wants to complete work he started with 1998’s The Holy Longing and continued with 2014’s The Sacred Fire. Rolheiser describes the first book as a guide to “how to get your life together.” The Sacred Fire is another guide. This time, “how to give your life away.”

His next book will complete the trilogy, teaching readers “how to give your death away.”

As a prairie boy called to serve in a missionary order, Rolheiser has never been one to parade his personal experience or his private self. Through the 34 years of his “In Exile” column carried in 80-plus Catholic newspapers (including The Catholic Registersince 1993) and 13 books on spirituality there’s not enough information about Ron Rolheiser for more than a bare sketch of the man himself.

Rolheiser grew up one of 16 children on a farm near the Saskatchewan-Alberta border. His parents came to Canada in a wave of German immigration from western Russia between the 1905 famine and the 1917 Bolshevik revolution. There wasn’t much more than the farm, the school and St. Donatus parish in Cactus Lake, Sask.

In his earliest memories the Rolheiser farm didn’t have electricity. He was a young teen in Grade 8 when the family got its first television.

“West-central Saskatchewan isn’t the centre of the planet, though it’s a good place to grow up,” said Rolheiser, in Toronto to address a conference organized by the Henri Nouwen Society.

He was 17 when he entered the Oblate novitiate. He talks about how first his upbringing and then his seven years of Oblate formation kept him cocooned and protected.

“Until I was about 23 or 24 years old, I was really in a greenhouse. Greenhouses protect young seedlings,” he said. “I look at it as a great gift. It frees you up… As a religious, as a priest, as a minister I’m really deeply grateful for those roots. It gives an anchor. There’s a powerful freedom to it.”