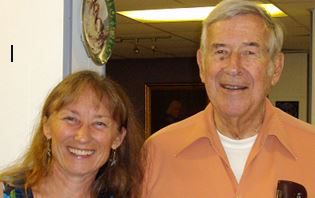 At our annual summer solstice celebration Paul Wightman, OMI, challenged our daystar the sun as the most significant star of the day.  A lifelong caver, Father Paul is revered among local cavers as one of the first to explore and map nine miles of the Fogelpole Cave system in Southern Illinois.  He was recently honored when a preservation group purchased the land above the cave and named it the Paul Wightman Subterranean Nature Preserve! 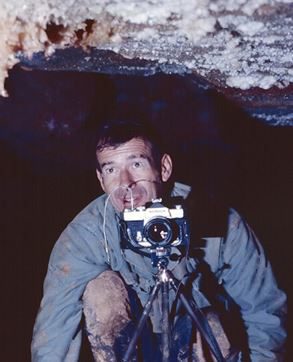 In his delightful and informative presentation Paul took the audience on a pictorial tour of the cave and entertained us with stories about his underground experiences through the years. With a twinkle in his eyes and a charming grin, Paul showed us what it is like when a person is allured by a special part of our rare and precious planet and gets serious about enjoying it.

With a taste for adventure and dark spaces, Father Paul mapped the cave before the age of technological help.  Using his wits and ingenuity he even created special instruments to help him do a very accurate and professional mapping.  Taking pictures also required creativity and involved three people – two to go ahead and light up the cave with camera flashes, while Paul took the picture of the whole area from behind.

Participants, including the Novitiate Community, were enthralled with his photos and stories. In the audience were a geologist and a biologist who deeply appreciated his work.  One woman reminded us that caves are one ecosystem where threatened and endangered species live, and so it is important that we preserve this hidden part of our planet. 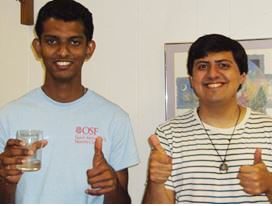 As Father Paul was preparing to leave the next morning, he mentioned another interest: wildflowers!  He has also pursued this passion energetically, even taking classes to learn how to classify plants.  Although he lives four hours away from La Vista where he pastor of five parishes and is eighty-seven years old, he agreed to prepare a presentation on wildflowers “in his spare time”.

Father Paul is a wonderful example of someone who loves “our common home” and passes on his enthusiasm graciously and generously.