June 20th was World Refugee Day. The world is facing the worst refugee crisis of all time, including millions of displaced people. A new report by the United Nations High Commissioner for Refugees published on June 20 – World Refugees Day – says that one person in every 113 is a refugee, representing an incomprehensible number of people globally.

For Missionary Oblates, welcoming and ministering with refugees is part of the charisma. Oblates are inspired by the teachings of Jesus and also by their founder, Saint Eugene De Mazenod. In the gospel of Mathew Jesus tells us that those who feed, clothe, and welcome the stranger will inherit the kingdom of God (Matthew 25). 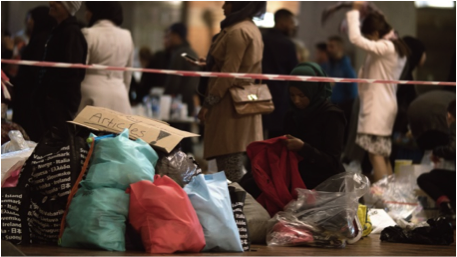 The De Mazenod family experienced the effects of war. When Saint Eugene was still a little boy he had to leave his homeland as a refugee, away from his relatives and friends. Archbishop Buti Tlhagale, OMI of Johannesburg recently spoke about the pastoral urgency to care for migrants and refugees in South Africa and around the world. The Archbishop spoke of refugees as “our brothers and sisters in search of a better life, far away from hunger, poverty, exploitation and the unjust distribution of the planet`s resources, which are meant to be equitably shared by all.”

Pray with Saint Eugene De Mazenod to intercede for refugees and inspire and encourage one another to welcome refugees in your communities with fraternal hearts.