We know a lot about the person and repute of Mary the mother of Jesus from the many feast days celebrated in the Church. And the Litany of Loretto lists 40 or more sometimes poetic attributes that attest to her enduring popular standing in the minds and hearts of Christians down through the ages. But all this well-deserved celebrity status started with a person most others in her time and place would have considered an ordinary human being, though quite likely recognized as a fine woman, neighbor, friend and companion disciple in faith.

She probably saw into the depth of the teachings of her son Jesus as few others did, and may well have been a source of helpful supplemental instruction. After all, it was she who taught her son his basics and would have understood the tendencies of his mind and heart. Matriarchal mentor might have been another distinction valued by many. 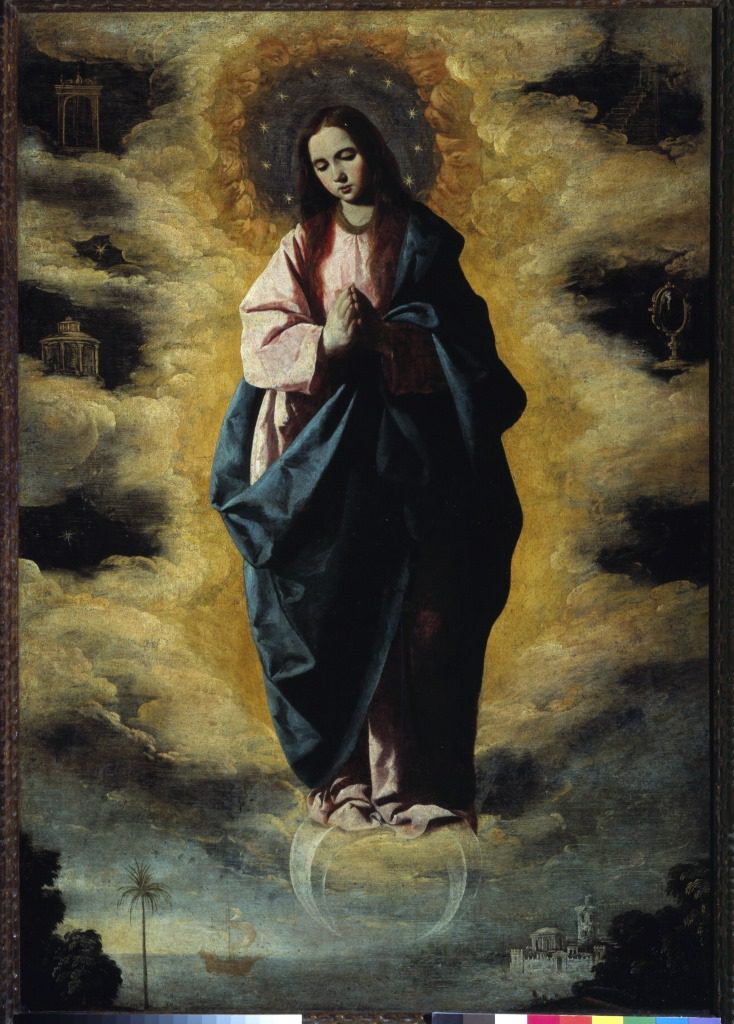 spoken. Might she have reminded John the Apostle of the words Jesus spoke to the two of them from the Cross: This is your mother, this is your son! How could she ever forget those words? She would also have reminded them of the intriguing statement Jesus made to the crowd when she and some cousins were seeking to speak to him while he was swamped by an enthusiastic crowd: Whoever lives according to the will of my heavenly Father is brother and sister and mother to me!

Scriptural accounts suggest that she magnanimously took on the burden of mother/mentor for the apprehensive and disheartened disciples. By exercising wisdom and her best mentoring instincts she in fact became mother to those foundational Church communities.  Mary must have looked upon each and every person in their gatherings as her family because she would have taken Jesus at his word. She had the big loving heart needed to magnanimously accept everyone as family because her son said he accepted people that way. First a loving mother, then a whole-hearted disciple and mentor. No wonder she has been proclaimed Mother of the Church.

For all these reasons St. Eugene professed delight and honor to carry that name, as have we Oblates ever since. He had many astounding insights during his life time and this was probably one of the most significant for the future of his new Community. Consequently we need also expect by reason of that family name to be called into the current processes leading to a new evolving Church. Mary would for sure expect that of us. As Mary then, so we now can be effective mentors and teachers of the Gospel leading to a renewed evolving phase of the Church because it is in our genes, complements of Mary our mother and St. Eugene DeMazenod, faithful Disciple of Jesus her son.

We ought to recognize that it is the will of the Father and of His Son that we continue the formation of Faith Communities leading to the full life Jesus so often promised. In our days it is becoming ever-more evident that full life on this earth is impossible without improved relationships with creation in its many manifestations on the earth and with everything human.

It follows then that Oblate Communities after the mind of Jesus are not just human-minded but are creation/earth-minded. Mary helped instill in her son the cultural Aramaic closeness to earth and cosmos from which sources Jesus enriched his teachings. As she did then for her son, Mary can help us today discern just what that creation-mindedness entails. We need that basic pre-evangelization from her, and as dutiful adult family members we need to listen!

Mary is often displayed in art with stars around her head and the moon under her feet, and for good reason. That is where she now reigns as Queen of Heaven and Earth—of all creation. Those who cherish being called her children need to appreciate who she really is, and emulate in mind and heart her obvious creation and earth orientation. We are Oblates of Mary Immaculate, Queen of Heaven and Earth. That name, St. Eugene said is a passport to heaven, and by reason of that name affiliation we should recognize that she is calling us to a renewed sense of the integrity of the earth. Jesus did not use such terminology but his teachings resonated with those realities we are naming today. And if we cannot hear Mary his mother calling us to greater attention to these current realities of his teachings we cannot claim to be valued members of his family as she and her son have named us.

Oblates of Mary Immaculate by reason of our calling are Missionaries to the Earth and indeed to Creation itself. Therein is the full identity stamped on that passport to heaven. Might St. Eugene himself be prodding us to expand the vision of our ministry beyond what we have always considered our traditional ministries? Without giving up those traditional areas of ministry we need an impetus to those ministries as they are manifested today. St. Eugene says we are sent to bring the good news of the Gospel the poor, and the poor today are the very ones suffering the most from the calamitous effects of the earth-wide devastation humankind has been inflicting on the earth.

Actually, the devastations being experienced during our current crises are vastly greater than St. Eugene experienced in his time. Today it is not just one country staggering on the brink of disintegration; no region or nation is unaffected by our current debacle. For us Oblates of Mary Immaculate, Mary the mother of Jesus continues to give us her womanly prompts to discern how his teachings apply to our current situation. There are some today who suggest it might have been Mary who prodded St. Peter and the Apostles to overcome their trepidation and be about the work Jesus commanded them to do. The things they dared and accomplished were nothing less than earth-shaking. St Eugene was impelled by the Gospel accounts as well as the promptings of Mary the mother of Jesus who has also been our mentor and source of strength. We are family in the mind of Jesus and Mary and as such we are both privileged and obligated. The poor who are suffering from the devastations of our earth home are the ones to whom we are now been sent to preach the good news of the Gospels. Mary surely is not indifferent to this situation nor dare we be indifferent.