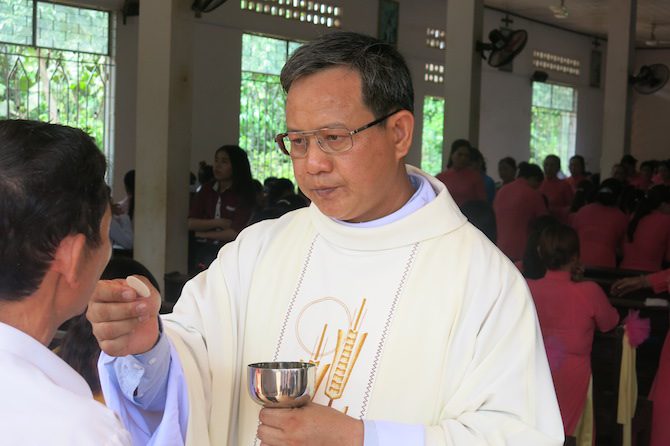 The Missionary Oblates of Mary Immaculate have been assigned their first parish in Vietnam, marking a watershed in their development and integration in the communist state.

“This is the first time we have officially been assigned to a parish since our Congregation arrived in the country 15 years ago,” Father Loc told ucanews.com at his installation as parish priest May 27. “This event shows our pastoral work and commitment are appreciated by the local Church,” he said.

Father Loc joined the Congregation after some Vietnamese-French priests came to promote vocations. They have recruited 72 members working with ethnic minority groups and migrant workers in remote areas.

The OMI is one of tens of foreign orders that have tried to established communities in Vietnam since the communist country started opening up to the outside world 30 years ago. The government has only approved a few, including the Missionary Oblates of Mary Immaculate. (www.ucanews.com)