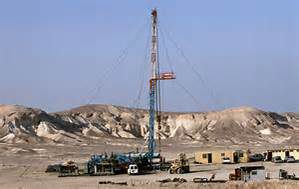 The Missionary Oblates Justice, Peace and Integrity of Creation office applauds the final release of a rule by the U.S. Securities and Exchange Commission (SEC), which requires oil, gas and mining companies to disclose and report payments they make to governments for resource extraction. Section 1504 of the Dodd-Frank Wall Street Reform and Consumer Protection Act (2010) requires U.S.-listed oil, gas and mining companies to disclose what they pay to governments in annual filings.

This rule will increase transparency on payment for extractives, especially to governments in Africa and Latin America. We believe this rule will make a significant difference in the lives of poor people living in resource rich countries by allowing more transparency from oil, gas and mining companies about payments made to national or regional governments.

Knowing information about payments received for resource extraction will empower local communities to demand their governments invest into local community initiatives, especially in schools, hospitals and roads. Missionary Oblates JPIC staff participated in several partner meetings, signed-on to letters and attended conferences that called for the adoption of stronger rules on resource extraction.