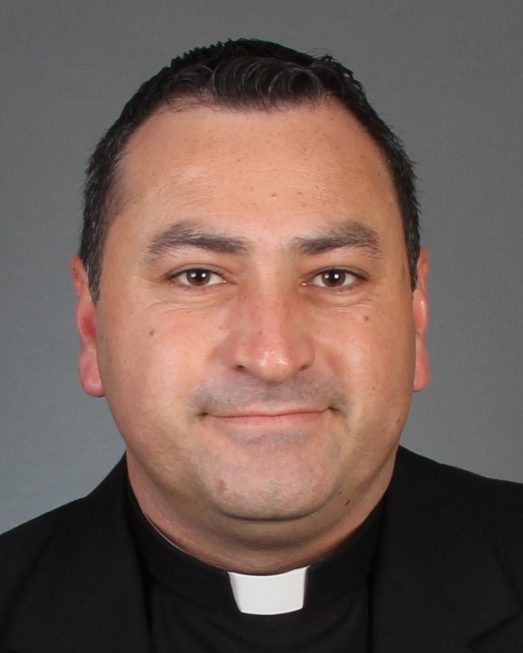 How does a religious congregation like the Missionary Oblates of Mary Immaculate decide where and how to use limited resources (including missionaries) for meaningful ministry? There is certainly more than just looking for someone in need and “sending in the troops.” The question that comes before “what,” “where,” or “how,” is “why?” There must be a theological foundation for an Oblate mission. In addition to helping people, how does a mission promote the Kingdom and Love of God in the world?  This is where “Missiology” comes in, “Mission is the participation of the people of God in God’s action in the world. The theological and critical reflection about mission is called missiology.”

That is the focus of Oblate Father Fernando Velazquez, Professor of Missiology at Oblate School of Theology in San Antonio, Texas and in June, he attended his third annual meeting of the American Society of Missiologists in St. Paul, MN. The theme of this year’s gathering was: “Missiology and Public Life: Mission’s Engagement with Societies, Change, and Conflict.” Fr. Velazquez took some time to reflect on his experience this year and how the study of Missiology benefits the Mission of the Missionary Oblates.

Describing the meeting, Fr. Velazquez said, “More than 200 people attended, it was an international and ecumenical gathering which included some of the best Catholic Missiologists. There were people from Asia, (especially South Korea) India, the U.S. and a few from Africa.” The attendees were attached to large, main-line universities, protestant denominations and two Catholic seminaries, Chicago’s Catholic Theological Union, and Oblate School of Theology.

According to Fr. Velazquez, one of the major areas of discussion was, “The need for reflection in engaging society, how we should not just react to events, we must respond to conflict in society out of prayer.”  He explained that some protestant and Catholic ministries struggle with how much they show of their Christian Faith but his opinion on the matter is clear: “The Church is not just an NGO (Non-governmental agency) we can’t forget why we’re doing things and for whom we are doing them. It is spreading the love of God in the person of Christ.”

On the topic of immigration, some very practical issues were discussed. They looked at the question of whether or not state or local laws are violated when churches open their doors to undocumented immigrants. Also for consideration: what category do the immigrants fall into? Are they economic refugees – escaping dire poverty, seeking jobs? Or, are they political refugees – fleeing violence and oppression? Such questions must be answered in order to properly respond to the individuals and to state and local government regulators.

Scholarly papers on a variety of issues were presented for dissemination and discussion including: Secularization and privatized religion; Class, race, ethnic and economic marginalization; Social and political divisions among Christians; Conflict, violence, and peace-building; Interreligious public theologies; Ecological responsibility; Political theology and liberation theology, including their critiques of mission; The relationship between good works and evangelism—between, that is, justice and justification; The nature and value of public advocacy, collective social action, critique, and dissent; among others.

Fr. Velazquez was pleased with how the Oblates are currently responding to these areas of mission: “So many things discussed in the conference were things we are already doing – so it is an affirmation of our work. By looking at how God is working in our ministries…we expand our consciousness of God’s purpose and how we might work to achieve it.”

Fr. Velasquez’ background in missiology recently served a very practical purpose when he conducted a four-day mission orientation for some Oblate Prenovices before they embarked on a four-week mission experience in Zambia. Even for such a short-term experience, individuals must be prepared for the culture-shock they are likely to face. The leader of the Mission experience, Fr. Jim Chambers, OMI described what Fr. Velazquez did: “He helped them  in understanding culture, understanding mission, and building community. He helped guide them into forming a community covenant, a covenant to the people they are to encounter, and a covenant to God whose mission this is.”

He says that today, most of the individuals going to mission countries for a year or more are young lay people from Protestant as well as Catholic Institutions. and orientations prior to leaving and at the re-entry point are equally important: “They have had so many experiences and if they have nowhere to share them, they just fade away. Passing on those experiences is critical in order to maintain a long-term commitment to mission.”

Photos and blog-posts from the Oblate Mission Experience in Zambia are available to view on http://oblates.omsiusa.org/ and on the St. Eugene de Mazenod Facebook at: https://www.facebook.com/St.Eugene.OMI/

Fr. Velazquez will be finishing up at OST in December of this year. In January, 2017 he will be heading to Gregorian University in Rome to study for his Ph.D. in Missiology.