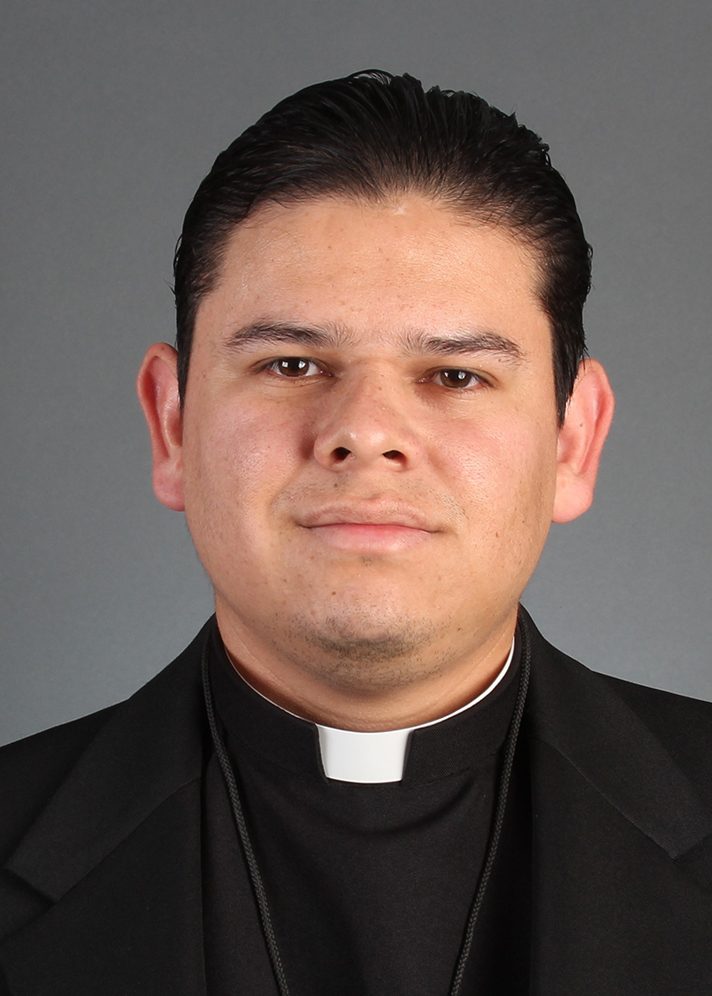 On June 29th, Meghan, Sr. Lee, Deaglan McKillop, (summer 2016 intern) and I had the opportunity to attend a panel discussion focusing on Rural America.

When I think about America I think about the great Empire State Building, Beverly Hills or Hollywood. Most people today live in big urban cities. We have lost contact with the earth and we don’t know where our food comes from, or what we are eating.  But we cannot ignore the fact that roughly 48 million Americans reside in rural areas, about 15 percent of the population. Rural America supplies a lot of the food, energy and workforce that sustain our economy.

The Oblates have been pioneers in ministering to people in rural America. One example is the Oblates in Texas who served many of the local ranchers. As those rural areas transform they have moved to other places. Now there are Oblates in rural areas in Missouri, Minnesota and New York.

There are beautiful landscapes in rural America and life’s rhythm probably is a little bit slower. They don’t need to be running all the time like we do in the city, trying to catch the metro or subway. But they are facing many challenges and barriers when it comes to ensuring economic opportunity.

The first part of the morning featured panelists whose expertise lay in rural America and they spoke about the many problems people are facing. They highlighted the fact that many people in rural America live in poverty due to fewer investments and high unemployment rates. People have great difficulty accessing medical help as there aren’t enough hospitals and roads may be in terrible condition. Recently they have been experiencing a lot of drug overdoses in small towns like Dixon, Illinois. Often by time the ambulance reaches patients it is too late.  In addition, local hospitals frequently do not have the capacity to save patients.  Education is very deficient and families move to urban areas to look for greater opportunities. As a consequence the population of rural America is decreasing.  It was mind-blowing to listen to all these problems. The fact that one does not have proper access to education, medical care or employment are issues that are similar to that of a third world country – but it is happening right under our noses. 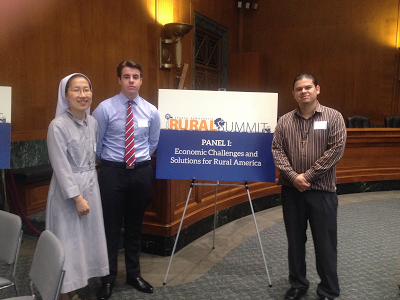 The second part of the conference focused on some ideas to improve the quality of life for people in rural America.  The panel spoke about improving the public roads, education, health system and the importance of Wi-Fi in rural areas. The big challenge at the beginning of 20th century was to make it possible for every family in rural America to have access to electricity, whereas now the big challenge is that everyone has access to Wi-Fi. The panelists informed us how farmers now need to use Wi-Fi to connect to other farms for business, and to also improve the technology on their own farm. In today’s society, Wi-Fi also plays an important role in schools, as it is a crucial element in providing children with a good education.

Discussions surrounding these issues will increase as Congress begins to draft the new Farm Bill, likely as soon as next year. In advance of the Farm Bill, many states are already trying to introduce measures to bring Wi-Fi to rural areas. For example, some areas have implemented a “dig once” policy, which adds installation of fiber optic cables to road construction projects. Much remains to be done but it is encouraging to learn about the progress that is being made already.

Bro. Lester Antonio Zapata, OMI, joined the Oblates of Mary Immaculate in 2010. He professed his first vows in 2015 and now is studying at Oblate School of Theology in San Antonio, Texas. He is spending this summer with the JPIC office in Washington, DC learning about justice and peace issues.